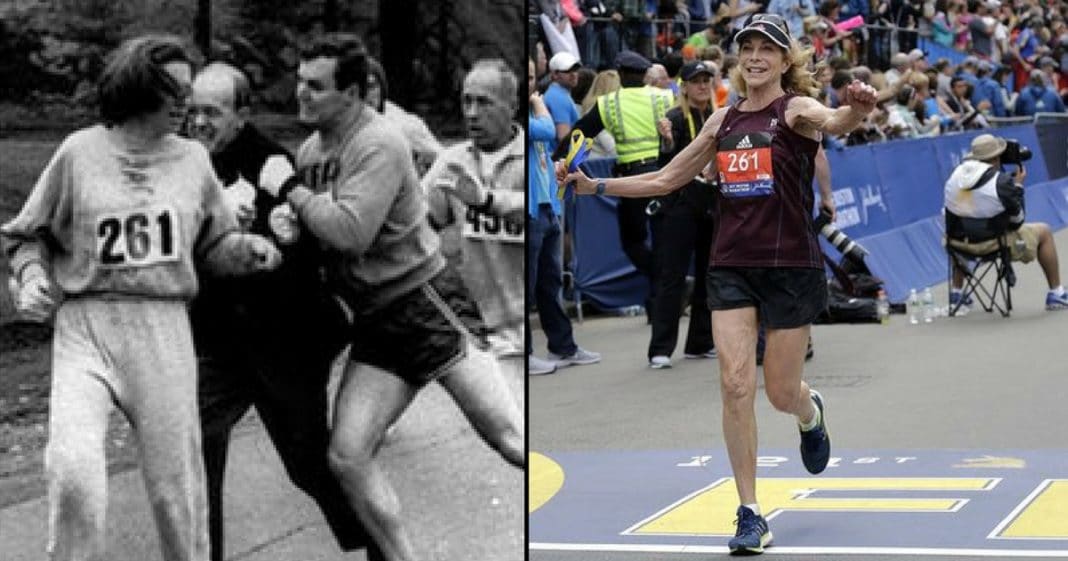 A runner who saw off furious race officials to become the first woman to complete the Boston Marathon has repeated the feat 50 years later. 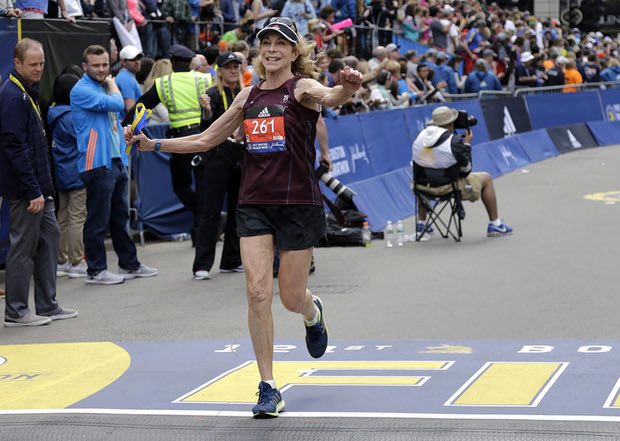 Kathrine Switzer became a hero of the women’s rights movement in 1967 after she officially completed the then all-male race. Having registered under the name KV Switzer, her gender went unnoticed by officials at the start line, but a few miles in she was attacked by an angry official who tried to pull her off the course – creating an enduring image of women’s rights history.

With the help of a bodyblock from her boyfriend, Switzer evaded the official and finished the race in four hours 20 minutes. 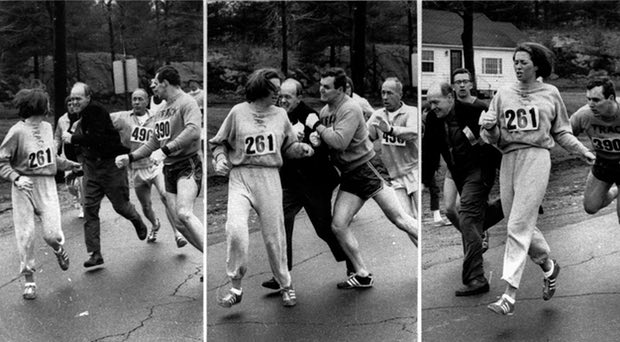 The altercation between Switzer, a marathon official and her boyfriend during the race in 1967. Photograph: AP

In a sign of how times have changed, Switzer was cheered by crowds, and fired the starting gun for the women elite runners’ race.

Switzer told CNN that running in the two races 50 years apart was “like night and day”. On having heard her name called out by supporters, she said: “I’ve got to tell you it was one of the most gratifying emotional experiences I’ve ever had […] it was a wonderful moment.”

She wore her original number – 261 – which was retired by race organisers after she crossed the finish line as a mark of honour. The Boston Marathon has retired only one other number in its history: 61, in recognition of the 61 races started by the athlete Johnny Kelley.

In her memoir, Marathon Woman, Switzer recalled the moment she was attacked. “I jerked my head around quickly and looked square into the most vicious face I’d ever seen,” she wrote. “A big man, a huge man, with bared teeth was set to pounce, and before I could react he grabbed my shoulder and flung me back, screaming: ‘Get the hell out of my race and give me those numbers!’

“I knew if I dropped out no one would believe women could run distances and deserved to be in the Boston Marathon. They would just think that I was a clown, and that women were barging into events where they had no ability.” 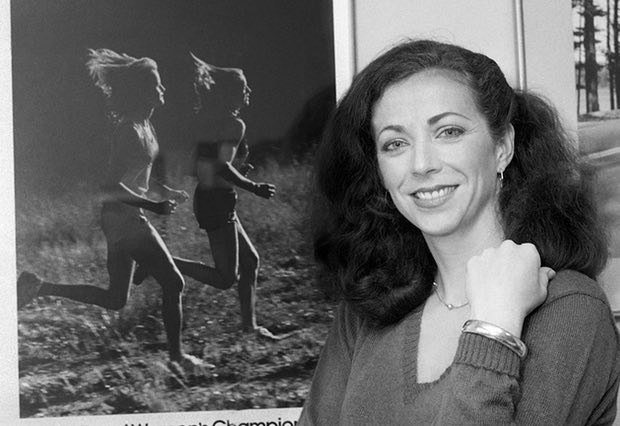 Switzer, who completed the Boston Marathon in 1967 in four hours and 20 minutes. Photograph: Suzanne Vlamis/AP

Read more about this inspirational woman who paved the way for so many others on The Guardian.