Firemen Rush To Rescue Mom In Car Crash, But She Asks Them To Sing To Daughter Instead… 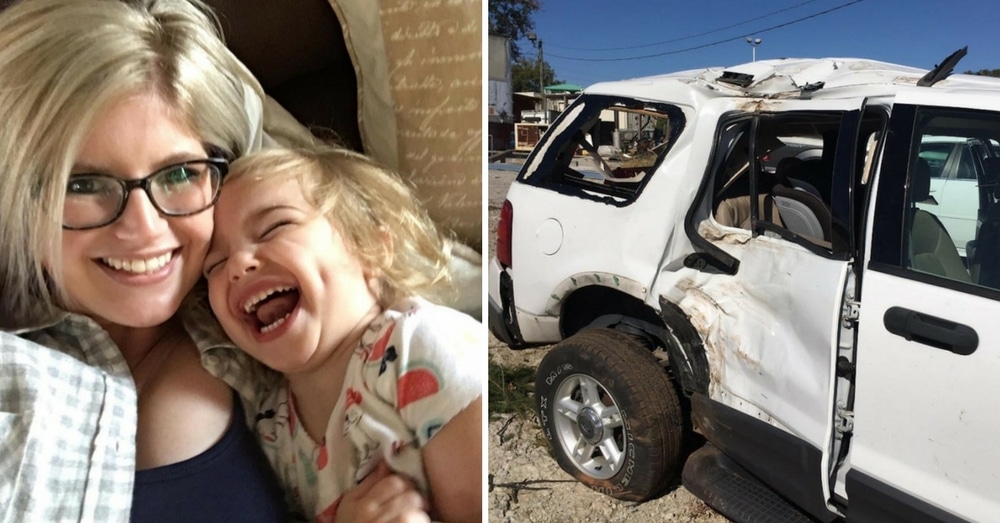 A mother’s love truly knows no bounds – a good mother will sacrifice and put her children’s needs above her own.

Summer Ginn is one such mother.

Summer was driving with her daughter, Raelyn, when one of her worst nightmares happened – she lost control of her car.

Going at about 60 mph she crashed through several trees and hit a mailbox before her vehicle finally came to a halt.

Summer was badly injured – she had bumps and bruises and was bleeding profusely from a large gash in her head. Despite her own injuries, though, Summer was most worried about her daughter. She could hear Raelyn crying, so she knew she was alive, but she couldn’t get to her.

When first responders showed up they rushed to treat Summer’s head injury, but she asked them if they would do something else for her – she wanted them to sing to her daughter.

Raelyn has autism and Summer knew the accident would be especially traumatic for her, so she wanted to make sure she got calmed down and cared for.

She asked firefighters Caleb Rumbaugh and Brian Gregory if they would sing “Wheels On the Bus” to Raelyn, and they agreed without hesitation.

Thankfully both mom and daughter are healing and doing well. Summer is so grateful to the first responders who helped them that day, but is extra-thankful for the firemen who went above and beyond to help her little girl when she couldn’t.

Were you touched to see these firemen go out of their way to help calm Raelyn down? So share this!