He Films Giant Explosion, But When He Slows The Video Down…Mind Blown! 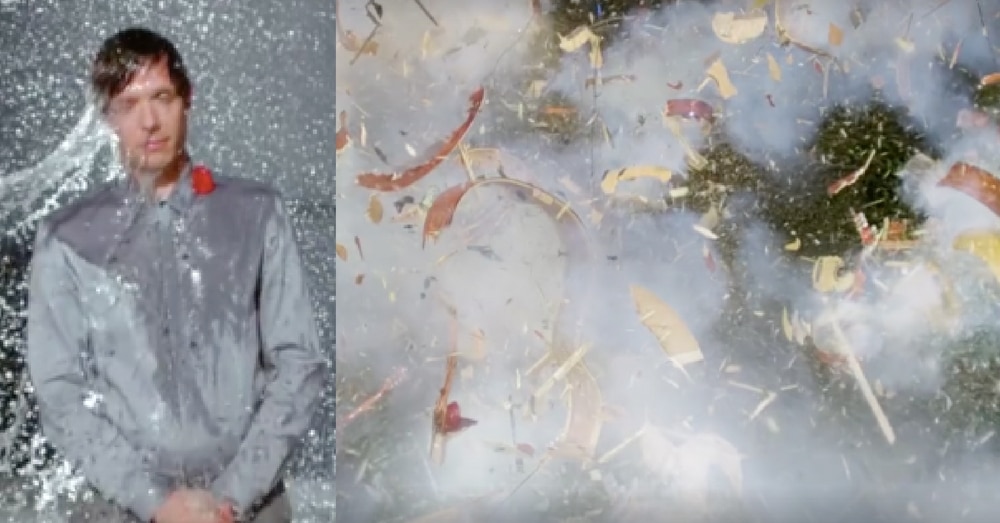 OK Go is a band known just as well – if not more so – for their incredible music videos as they are for their actual music. They’ve filmed in zero gravity and on treadmills, and their videos are usually shot in one take and display an impressive amount of planning and choreography.

All together their videos have been viewed hundreds of millions of times, and their fans eagerly await each new one to see what the band will come up with next.

This latest video didn’t disappoint! The music video for their song “The One Moment” was shot – appropriately – in one moment (4.2 seconds, to be exact).

When you first see it it looks like a series of big explosions, but then they slow the video down to fill the time of the entire song, and you can see the remarkable detail and the myriad things that happened in such a short span of time.

We don’t know how they did it exactly, but we do know one thing – it’s absolutely incredible!

The band says the video is meant to be a celebration of life and a reminder of how fleeting it is.

“The song ‘The One Moment’ is a celebration of (and a prayer for) those moments in life when we are most alive,” they band wrote in the credits. “Humans are not equipped to understand our own temporariness; it will never stop being deeply beautiful, deeply confusing, and deeply sad that our lives and our world are so fleeting.

“We have only these few moments,” they continued. “Luckily, among them there are a few that really matter, and it’s our job to find them. (We had no idea when we wrote the song that we’d be releasing its video in such a critical moment for our nation and the world. It’s one of those moments when everything changes, whether we like it or not, so the song feels particularly relevant).”

OK Go also teamed up with Morton Salt for the video to raise awareness for their #WalkHerWalk campaign, which aims to provide “funding and assistance to incredibly inspiring and effective young innovators who are tackling difficult issues like the global water crisis, the plight of young female refugees, systemic failures in arts and music education, and children’s health and wellness education.”

Check out the video below and then let us know what you think of it in the comments section!

Were you amazed by what they did to make this video? So share this!