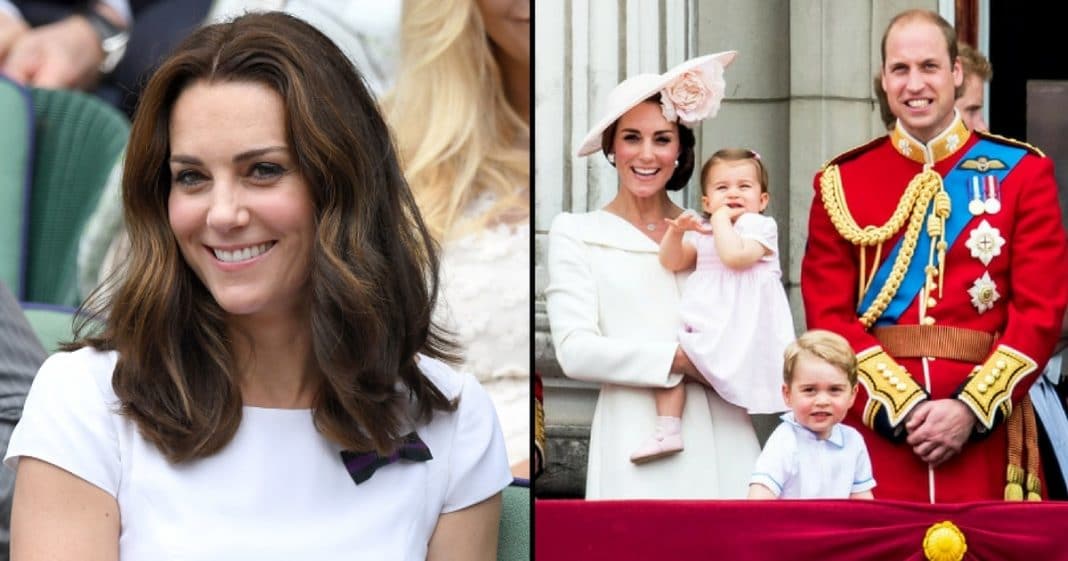 When the palace announced that Duchess Kate is expecting her third royal baby, the internet immediately exploded with excitement and congratulations. For most people, the news was a total surprise, but some royal watchers had been speculating she was pregnant for a little while.

How did they know? For some, it could have just been conjecture, but for those watching the duchess closely, she may have dropped some subtle hints that a big announcement was coming soon.

How did she clue people in? Her famous locks!

Some reporters have started noticing that Kate has changed up her hair style right before each of her pregnancy announcements, and the proof is in the pictures.

In 2011, Kate was a new royal, but her impact had already been felt around the world. One thing people couldn’t stop talking about? Her gorgeous, perfectly-coiffed hair.

She wore it long with light layers at the bottom. Even if she was still getting the hang of royal life, her hair always looked flawless.

In November 2012, Kate made a subtle change to her famous “do,” adding some sweeping side bangs. Just one month later, she and William would announce their first child was on the way.

Then, in July 2014, just before announcing she was pregnant with baby number two, Kate again made some subtle changes to her hair. She grew the bangs out and added more face-framing layers, giving her hair more bounce and movement.

Embed from Getty ImagesBefore the announcement of baby number three, Kate made a much more drastic change that had tongues wagging. On July 3, just two months before the announcement, the duchess arrived at Wimbledon sporting a much shorter cut, immediately dubbed the “Kob” (Kate bob) by the U.K. press.

Embed from Getty Images
Were these style changes intentional? Only Kate could say for sure!

We think she looks fantastic no matter how she wears her hair! She sure is one stylish mom!

Are you excited for royal baby number three? So share this!