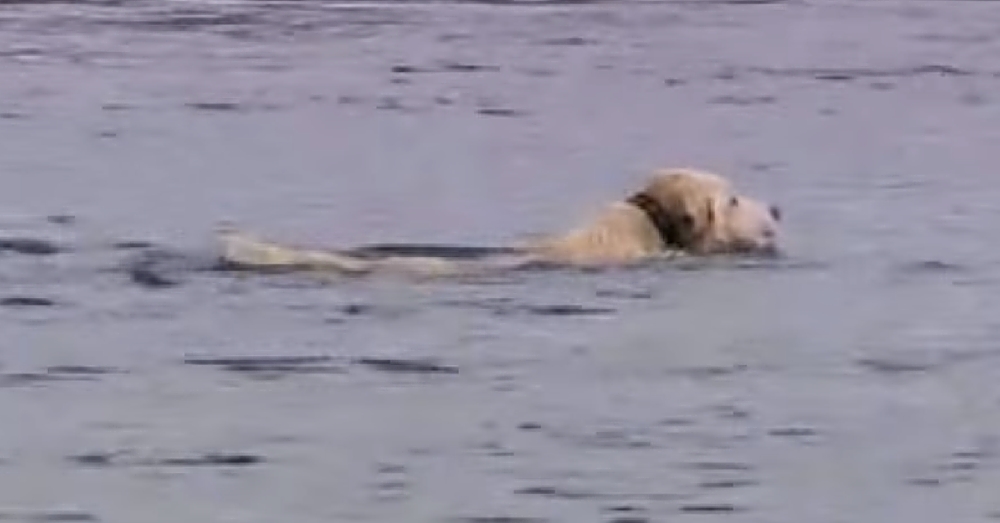 When Adam Henson, presenter of the BBC show Countryfile, was working on a show on Tory Island off the coast of Ireland, he saw something out in the water that made him do a double take. Once he was sure what he was seeing was real, he knew he had to share it with the world.

Henson and his crew captured footage of a local dog, named Ben, swimming out in the harbor to meet up with a very special and unusual friend – a dolphin named Doogie. The pair swam and splashed around together until it was time for Doogie to leave and Ben to head back to shore.

“This is absolutely amazing,” Henson said. “Swimming around in the water, I have never seen anything like it.”

According to locals, the pair meet up almost daily.

They first started noticing Doogie, a female dolphin, in the harbor in 2006 after a dead dolphin washed up on shore. They believe the dead dolphin was Doogie’s mate and she was grieving for him, which is why she started coming into the harbor.

Whatever the reason, Ben and Doogie have built a very special friendship that seems almost impossible. Check out the video below to watch them play together in the water.

Were you touched by Ben and Doogie’s special friendship? So share this!