Dog Was Stolen From Him 2 Yrs Ago. Now Watch What Happens When They’re Finally Reunited… 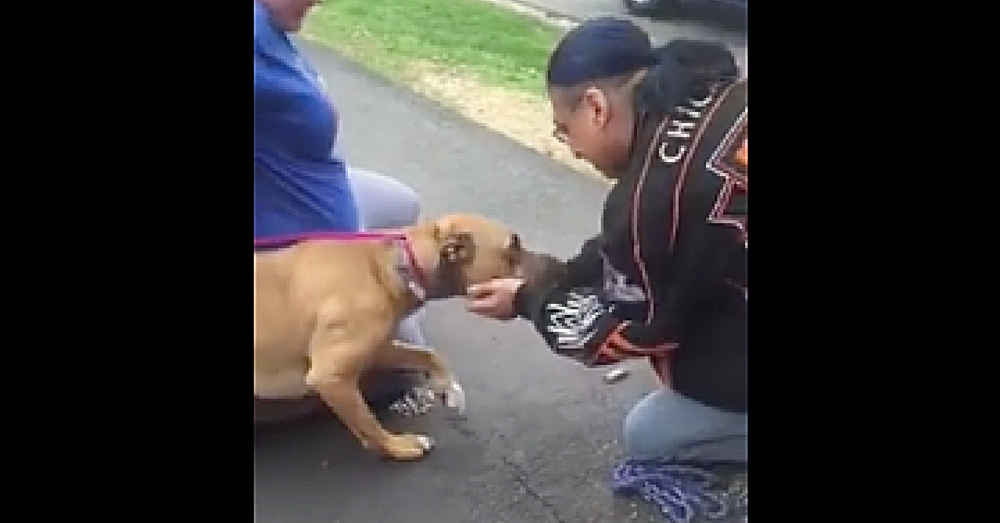 Jose was having a tough year. He was going through a divorce, lost his house, and ended up homeless, living in his car.

In the midst of his hard circumstances Jose got a puppy. He named the dog Chaos because he was brimming with energy and was growing so quickly. “Chaos helped me through so much in my life, I took him everywhere with me!” Jose said.

Jose knew that Chaos needed a better living situation than his car, so he asked a friend to take the dog in until he could get back on his feet.

Sadly, when Jose went back to get Chaos three months later, the friend refused to return him.

Jose was heartbroken. “I didn’t think I would ever see my dog again,” he said.

That was two years ago, and Jose has been missing Chaos ever since.

Then, in April, Jose got a call from a Winnebago County Services employee who had found a stray dog in her driveway. She had located a microchip in the dog and the shelter called the number linked to it, which was Jose’s. The stray dog was Chaos!

Overcome with emotion, Jose began to cry. “I was speechless and I couldn’t stop smiling. I just couldn’t believe it,” he said. “I couldn’t get to the shelter fast enough.”

When he got to the shelter Jose was nervous that Chaos wouldn’t remember him, and at first it seemed like he might not. The dog timidly approached Jose, unsure of who this person was; but as soon as he smelled his former owner’s hand, he immediately started jumping and wriggling with joy.


Jose is so thankful to have his beloved dog back with him, and he is also grateful that he decided to have Chaos microchipped.

“I did debate getting the microchip for Chaos because at that time, it was all about affordability,” he said. “I was living paycheck to paycheck and was worried about food and shelter. But I just had this feeling that it was the best thing to do, and it turned out to be the best thing I ever did! Honestly, without that chip, I know in my heart, that I would’ve never seen him again.”

His advice to other dog owners? “Pay the microchip fee! That fee versus never seeing your dog again is totally worth it!”

Have you ever seen a sweeter bond than that between this man and his dog? So share this!