Dog Begs For Food But Doesn’t Eat It. What She Does With It Instead? Simply Beautiful! 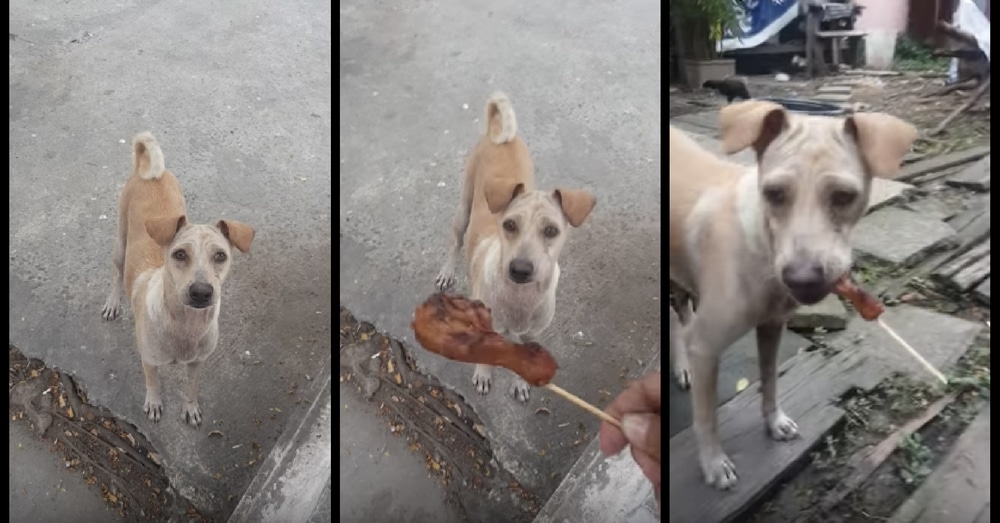 When this man in Bangkok, Thailand noticed a sweet little dog begging for some of his grilled chicken he couldn’t resist her sad and soulful eyes. He handed her a chicken skewer, expecting her to immediately devour it, but was surprised when she ran off still holding the skewer in her mouth.

When she came back a second time to beg for some more chicken he decided to follow her to see what she was doing with it.

He followed her through the streets and stalls and alleys until they came to a little yard. At first she turned around and eyed him, apprehensive, but when she decided he was safe and wouldn’t harm her, she continued back toward a covered section of the yard.

That’s when the man saw something that left him stunned…

Out from the shelter ran four adorable little puppies! The mother dog wasn’t trying to get food for herself – she just wanted to make sure her babies were well-fed!

Whether in the human or animal kingdom, a good mother will always put her children’s needs before her own. This sweet dog is proof of that!

Were you touched by the way this sweet dog took care of her puppies? So share this!