Doctors About To Pull Plug On Veteran, But Wait Till You See Who Comes Through The Door 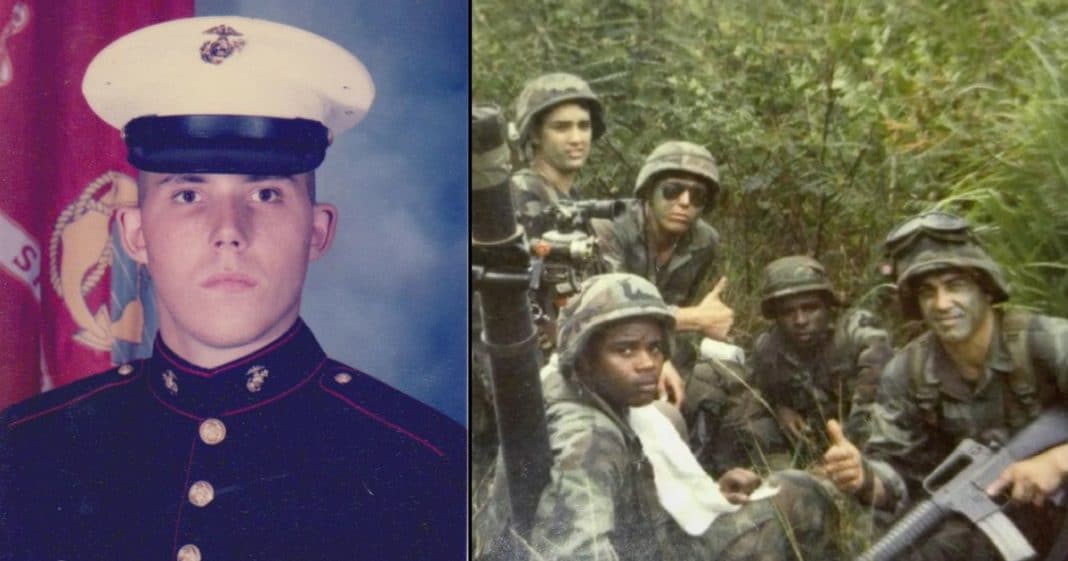 There is a saying in the military that you never leave a man behind. “I shall never leave a fallen comrade to fall into the hands of the enemy,” is actually part of the Army Ranger creed.

While Phillip Rochette was in the Marines, not the Army, it was a motto and a promise that he was certainly familiar with. From the time Phillip graduated from high school, he knew he wanted to be a Marine. After graduation, he enlisted and devoted his life to serving his country.

Phillip’s sister, Denise, said her brother loved God first, then the Marines, then everything else. He was well-loved by everyone around him.

In early July, though, Phillip started getting really bad headaches. When he started throwing up, Denise knew there was something seriously wrong. She called 911, but while Phillip was in the ambulance on the way to the hospital he had a terrible stroke.

After the initial stroke, Phillip suffered several more and was left in really bad shape. Doctors put him on life support and told his heartbroken family that he would not recover.

His family knew being kept alive by a machine was no way to live, and it’s not what Phillip would have wanted. As difficult as it was, they made the decision to take him off life support.

As well-wishers posted about Phillip on Facebook, Denise would read through the kind notes and often comment back. At one point she mentioned that she would love for some Marines to come say goodbye to her brother before she passed.

The person she shared that with posted that portion of their conversation, along with a photo of Phillip in uniform, on their Facebook page and it was quickly shared over 1,000 times.

Then the Marines started showing up.

While Denise had hoped for “maybe five” people to come see Phillip, she has been overwhelmed by the number of Marines – many of whom never knew her brother – who have come to the hospital to say goodbye. Some have driven hundreds of miles just to pay their respects.

The beautiful gesture has impacted thousands of people who have been touched by the respect these Marines have shown their brother; but for them, there was no question about what they had to do.

“It’s the end of his watch,” said one of the Marines who came to say goodbye, “time for him to go home, so we will take it from here.”

Were you touched by what these Marines did to pay their respects to their brother in arms? So share this!