Divorcée Builds ‘Spite House’ To Get Back At Ex-Husband. Wait Till You See Inside… 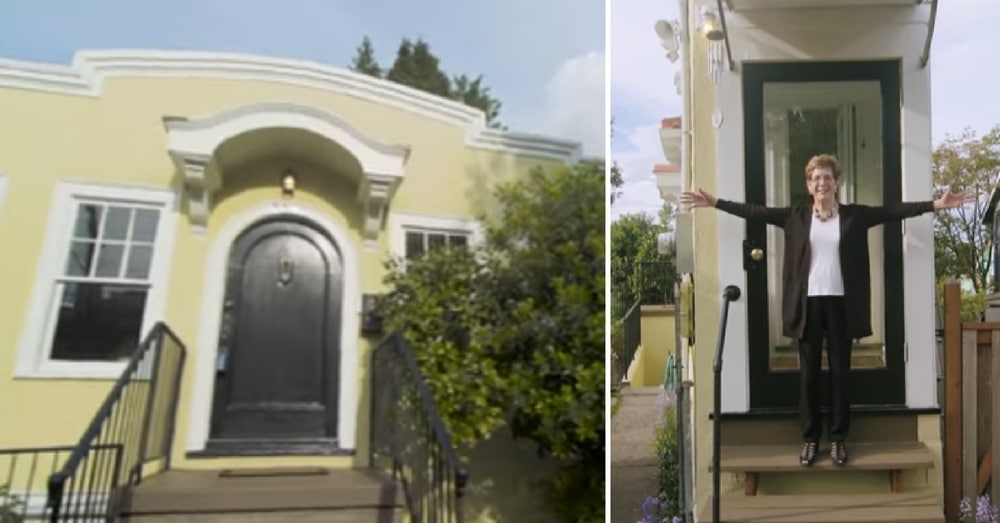 One tiny house in Seattle has sparked lots of curiosity – and lots of origin stories – due to its unique size and shape. The infamous “Spite House” has tickled the imaginations of thousands of passersby over the years, and its recent turn back on the market has brought lots of questions and theories back to mind.

The tiny pie-shaped house was built in 1925. Though the original reason behind the building of the home has been lost to history, there have been several legends floating around for decades, and we have to assume one of them is correct!

One popular theory is that the house was built by a woman to spite her ex-husband. The story goes that in a nasty divorce settlement the judge gave the husband the main house while the wife just got the front yard. In an attempt to get back at her husband, she built the two-story, 860 square foot house in the yard right in front of the home they had once shared.

Another story tells the tale of a German man who owned the land and allowed someone to build a house on the property. While they were supposed to share the land and build two houses on the lot, the story goes that when the property owner returned from a trip to his home country, he found a much larger house than what he had anticipated or agreed to. Out of spite, he had the tiny sliver of a house built on the remaining land.

A third tale says that a neighbor had asked the person who lived in the main house if he could buy the triangle-shaped piece of property in front of the house, but he made such an insultingly low offer that, instead of selling the land, the owner built a narrow house on the property to block the tightwad’s view. Apparently, the owner even painted the wall facing his cheap neighbor black, and eventually the neighbor moved.

While we may never know the real story behind the house, everyone can agree that the tiny home is definitely unique. It is incredible how much the builder was able to squeeze into such a tiny space!

Check out the adorable and historic home – which recently sold for $500,000 – by clicking on the video below:

Did you find the stories surrounding this tiny home as fascinating as we did? So share this!