Devastated Pet Owner Thinks Cat Died In Fire, But Then Dog Leads Her To A Hole In The Floor 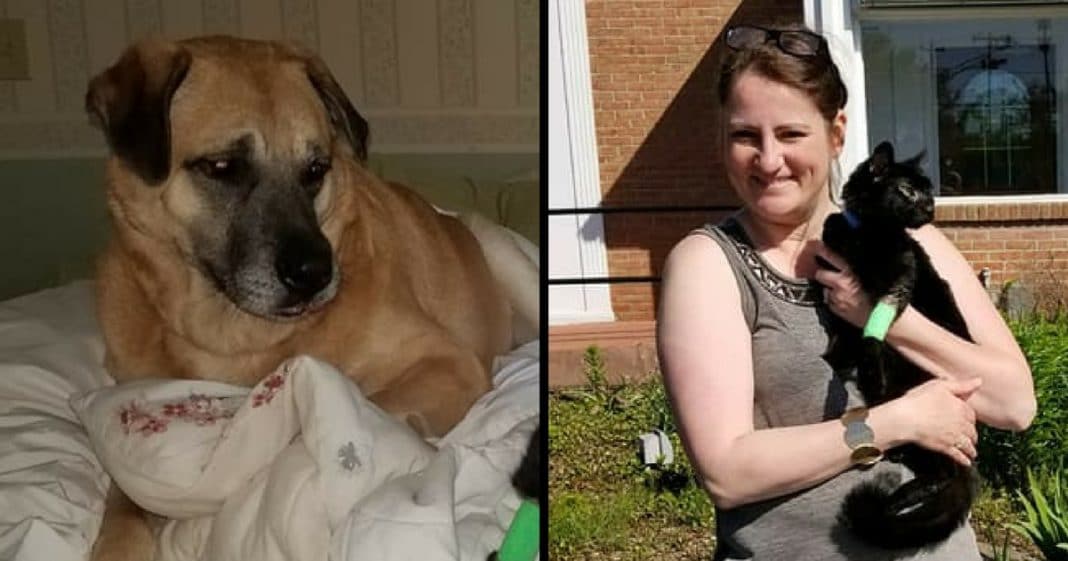 It was a Thursday morning in March when Christine Marr got the call – her house had caught on fire while she was out.

Thankfully the firefighters were able to contain the fire to just the living room and no people were home when it broke out, but they told Christine her dog, Chloe, had been injured, and both of her beloved cats had perished.

Heartbroken, Christine worked to piece her life back together and move on. Chloe had been given oxygen and rushed to the vet after the fire broke out, and thankfully she was doing okay so the two of them could move forward together.

More than two months later, Christine returned to her burned out home for the first time since the fire, and she brought Chloe with her. That’s when the dog made a remarkable discovery!

Chloe began to sniff around the rubble and went right over to a hole in the floor. When Christine looked inside she couldn’t believe her eyes – there was her beloved kitty Ringer!

“She was digging and scratching at the floor and sniffing found a hole in the floor within the wall,” Christine said. “Heard a cat meowing so we got food to coax it out. And out came Ringer our cat that we thought perished in the fire.”

Christine couldn’t believe that Ringer had managed to survive and was still there after all this time.

“This cat’s a miracle,” she said. “This cat has been in this area for two months with no food or water. And Chloe just found him down in this hole.”

She took Ringer to the vet, who confirmed that the cat is underweight.

“We’re assuming he was eating bugs and spiders and stuff under there,” Christine said.

The fire crews who responded to the scene back in March were dumbstruck when they heard the news.

“Looking for that cat, we picked up furniture, looked around beds, looked in every nook and cranny for that cat,” said Chief Ronald Wise of the South Haven Area Emergency Services. “To know that Chloe had found the cat, that’s amazing. She’s a true hero, she is.”

Were you amazed that Ringer survived and Chloe was able to find him? So share this!