Depressed Marine Thinks He Knows What He’s Getting, But When He Opens The Box He Loses It 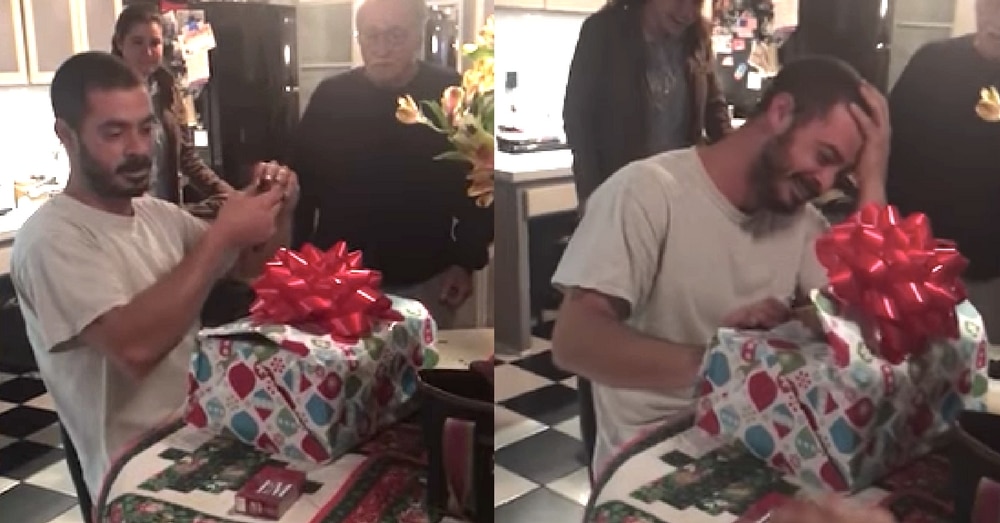 Like many veterans who return from war, Peter Coukoulis had a hard time readjusting to life back home. The 26-year-old Marine was struggling with PTSD, facing anxiety, depression, and trouble reconnecting with the people and things that were once so familiar to him.

It was difficult for his mom, Dena, to watch her son struggle and suffer and she tried to think of anything that would help him in his return to normal life.

It had been three years since Peter returned home and his condition still wasn’t improving. After hearing the benefits a service animal could bring, Dena decided to get her son a puppy.

A few weeks before Christmas she gathered the family together and they placed a brightly-wrapped box in front of Peter. Looking at the box he thought he knew what the present was, but when he opened it up he couldn’t believe his eyes.

Inside was a tiny beagle puppy!

Almost immediately Peter broke down in tears. He gently lifted the puppy out of the box and held her, allowing her to lick him all over the face.

Dena told him that the people she got the puppy from had been calling her Willa “because she has the will to live.” This little puppy is a fighter, just like Peter.

Already the puppy has helped Peter, and we know the pair will continue to bond and grow together.

“The puppy has already changed Peter’s life, Dena said, “it has made him happy after a very difficult three years.”

Did this sweet surprise touch you as much as it did us? So share this!