Daughter Fights To Keep Parents Together. What Happens When They’re Reunited Leaves Her In Tears 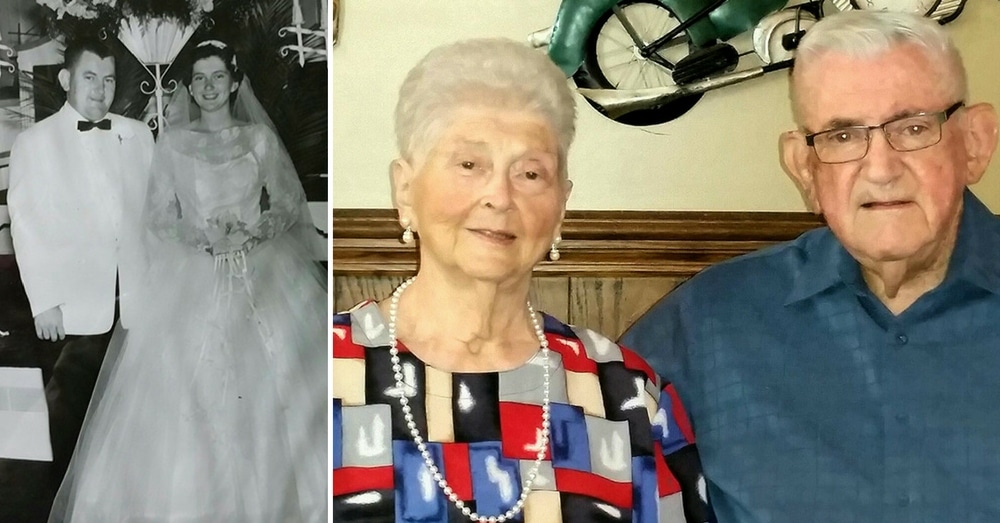 Don and Margaret Livengood were married 59 years ago, and they were inseparable their entire lives. However, they never expected that they would go out of the world together too.

Their daughter, Pattie Beaver, recalled how close the two of them always were.

“It was normal for them to be holding hands,” she said, “their love was so precious.”

In August, Patti had to take both of her parents to the hospital on the same day. Margaret, 80, was suffering from cancer, while Don, 84, was having a hard time breathing because of pulmonary fibrosis and bilateral pneumonia.

When they arrived, Don and Margaret were put in rooms a floor apart from each other. Patti recalls running back and forth between the floors to help care for each of them.

“It broke my heart,” she said.

She begged hospital staff to put her parents together in the same room and, because the doctors and nurses had gotten familiar with the couple in recent months, they agreed that they belonged together. They pulled some strings to make sure it happened.

“I’m really proud,” said Dr. Randy Schisler, who treated both Margaret and Don. “We stretched as far as we could with the rules to allow things that aren’t typical because it was the absolute right thing for these patients and for this family.”

After four days apart, nurses moved Margaret’s bed into her husband’s room and positioned them so they could see each other, as well as be able to hold hands.

On August 15 around 8 a.m., Margaret took her last breath as she lay beside her husband. A short time later, at around 5 p.m., Don followed her.

Dr. Schisler said he will never forget that day.

“This is one of those cases I don’t think any of us is ever going to forget,” he said. “Seeing these two people who had spent their lives together, together in the same room as they took their last breaths, none of us are ever going to forget this.”

One of the hospital chaplains, Denise Hopper, said, “I remember her beside him even when she wasn’t able to communicate… I remember him holding her hand and everybody in the room could feel and see the connection. It was very touching to know they had journeyed their entire lives – and as it came to the end of their lives, they were able to be together.”

While it was difficult to lose both of her parents on the same day, Pattie said she finds comfort in the fact that she knows this is exactly how they would have wanted to go.

“It gave me comfort to know that this is exactly what they would want and the hospital was able to make that happen,” she said. “In the most horrific grief I’ve ever had in my life, I still had comfort because they were together.”

Patti said her father was alert until the end, and he told his daughter that he was grateful he and his bride could make this journey together.

“When we get to heaven, we can walk in together, just like we’re getting married again,” he told her. “Another honeymoon.”

Were you touched by this couple’s sweet story? So share this!