Dad’s Been Deployed For Months, Then Santa Comes And Gives Kids Exactly What They Want 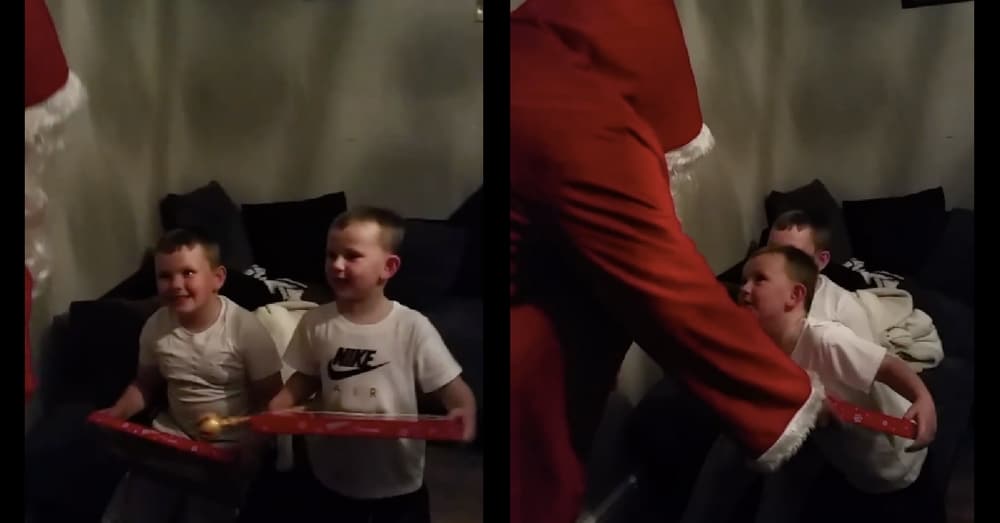 Having a family member in the military is hard, especially during the holidays. Christmas just doesn’t feel the same when mom or dad isn’t there to share in the joy.

The Allinson kids were facing this exact thing – their dad had been deployed for the past three months and wouldn’t be able to make it home for Christmas. It was hard for the whole family, but something they had come to accept.

On this particular night the kids were set to perform in a Christmas play, but their mom had a little surprise for them before they left.

Who should walk in the door but Santa with presents for each of the kids!

Santa first went over to the younger boys and asked them what they wanted for Christmas. Then he made his way over to the couch where the girls were sitting.

But as he handed them their presents, one of the girls noticed something suspicious about Santa’s hands…

The kids couldn’t believe their dad had come home early, and they couldn’t stop sobbing tears of joy and hugging him as tightly as they could.

The video of the special moment has since gone viral and has garnered messages from well-wishers all over the world.

One of the daughters, Nicole Allinson, thanked everyone for their support.

Did you love watching this sweet reunion as much as we did? So share this!