Dad In Tears When Agent Says Daughter Can’t Fly, Then Mystery Woman Does The Unthinkable 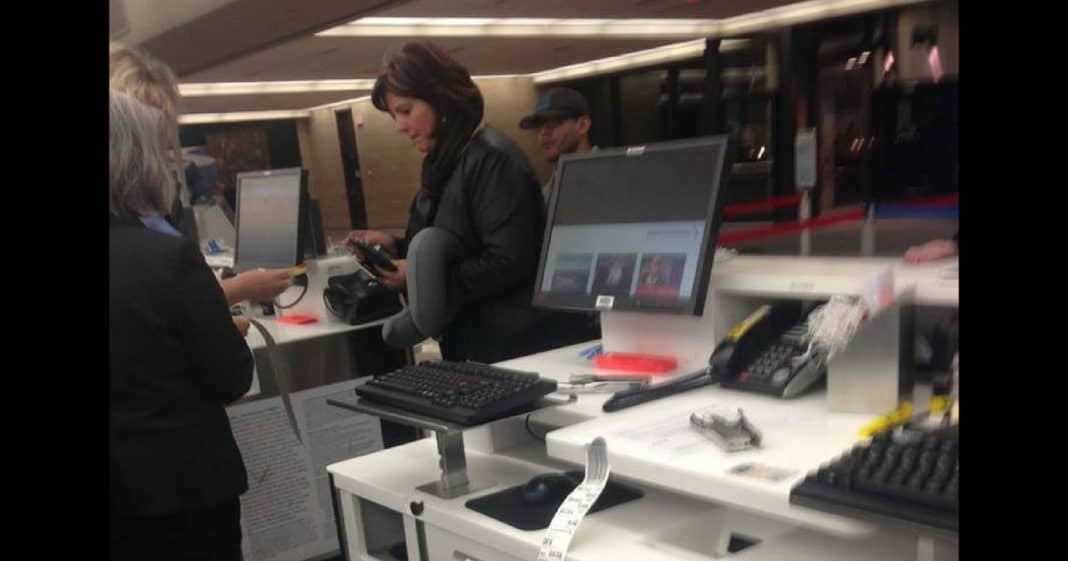 With all the craziness going on in the world it’s easy to fall into the trap of thinking that there is no good left; but it’s stories like these that remind us there are still good people out there, and there is still hope for a better world.

This airline worker was standing behind the counter when a man came up to check in for his flight. He was holding his young daughter in his arms.

The agent asked how old his daughter was and when he said that she had recently turned two the agent asked if he had a ticket for her.

The man was confused because he thought his daughter could ride for free. When he had booked his ticket his daughter was under the age of two and would have been able to fly for free, but since she had turned two in January she now required a ticket.

He then stepped out of line to make a few phone calls and try to figure things out.

“Hugging his daughter and grabbing his head, you could tell he was heartbroken,” the airline worker wrote.

Suddenly something happened that left everyone in the area absolutely stunned.

There was another woman standing at the counter who was also checking in for her flight. When she noticed how distraught the man looked she walked over and asked him what was wrong.

They talked for a few minutes and then walked up to the counter together.

“I wanna buy her ticket,” the woman told the agent, pointing at the man’s daughter.

“You know how much this ticket costs right?” the agent replied, skeptical.

The airline worker couldn’t believe what had just happened.

“I just said to her, ‘God Bless You!’ and they printed out the ticket,” they recalled. “The agent kept talking about her goosebumps while the man hugged the woman and asked for her name to repay her.”

“Don’t worry about it,” the woman kept telling him.

The cost didn’t matter to her, she just knew she wanted to help the man with whatever he needed.

Since this story was posted on the Love What Matters Facebook page, some people have revealed the name of the generous mystery woman. However, those who know her best insist she would wish to remain anonymous, so we will not be publishing her name.

Her friends, though, say this incredible act of generosity does not surprise them in the least.

“I know this woman, her son and daughter in law and they are a GREAT family,” said Āmanda Knøwles. “She is 100% genuine and lives a God centered life.”

“I know her family kids and grandkids get together frequently to discuss how they can use the abundance and blessings they get to serve and give back to others,” Jennica Kettle shared. “She is an inspiration every time I see her and is constantly giving freely. She is so full of Love for everyone and does what is needed without being asked.”

Were you touched by what this woman did for this desperate dad and daughter? So share this!