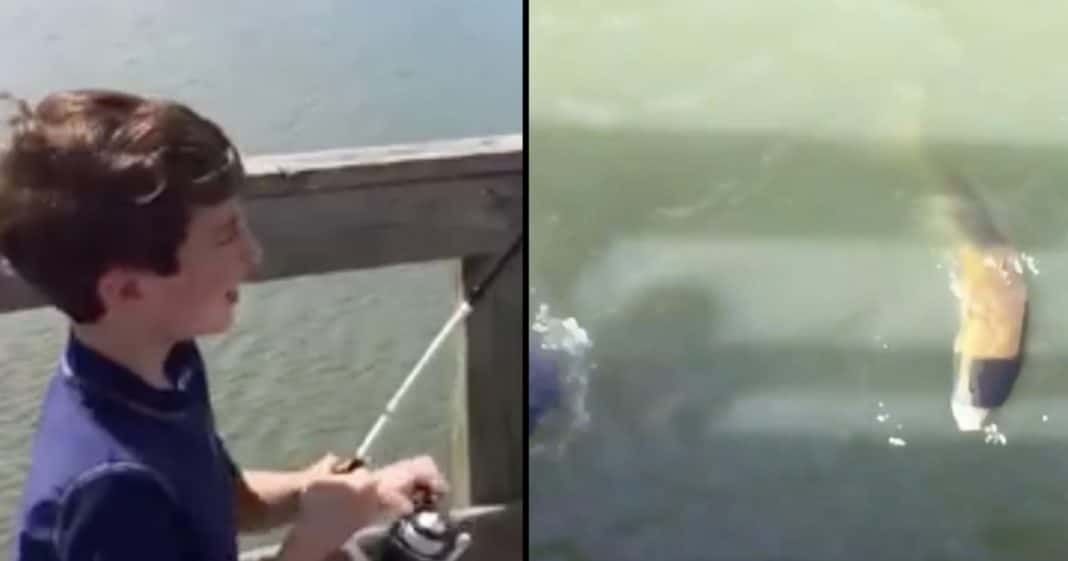 Fishermen are known for embellishing the stories of their exploits, but this is one story that needs no embellishing, and lucky for this young fisherman, he’s got the video to prove it!

Eleven-year-old Conor was fishing with his dad off a pier in South Carolina when he felt his line go taut. As he reeled in his line he finally got a glimpse of his fish, and it was a big one!

Excitedly he worked to reel it in while his proud dad filmed the whole thing.

Suddenly, though, something happened that left both father and son absolutely stunned!

We don’t want to spoil anything – click below to see it for yourself!

That alligator got an easy meal that day! Hopefully he didn’t get the hook too!

We’re sure Conor was disappointed to lose his big catch, but at least now he’s got an awesome story to tell!

Were you as shocked as we were to see the alligator come out of nowhere and steal Conor’s fish? So share this!