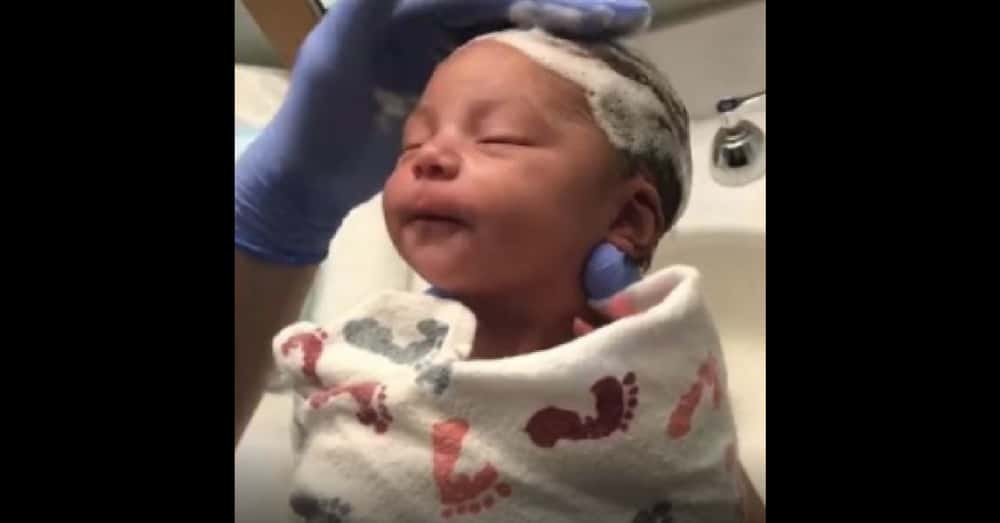 As the water cascades over her tiny head full of hair in the first bath of her life, the blissful look on this newborn baby can’t help but make you smile.

Taveon Glenn, 20, shared an adorable video of his daughter, Amira Yvonne, getting her hair washed by a nurse at Miami Valley Hospital in Dayton, Ohio, and it’s melting hearts.

Glenn’s fiancee, Sierra Still, 21, gave birth to Amira at 10:04 p.m. on Nov. 19, and he couldn’t resist filming the moment when his first child got a tender washing from a nurse.

“Watching Amira getting her hair washed for the first time was one of the most priceless, breathtaking moments that I have ever witnessed, and I wanted to capture that moment so my family and friends could also see,” Glenn told TODAY. “It warmed my heart knowing that I created such a beautiful baby girl.” 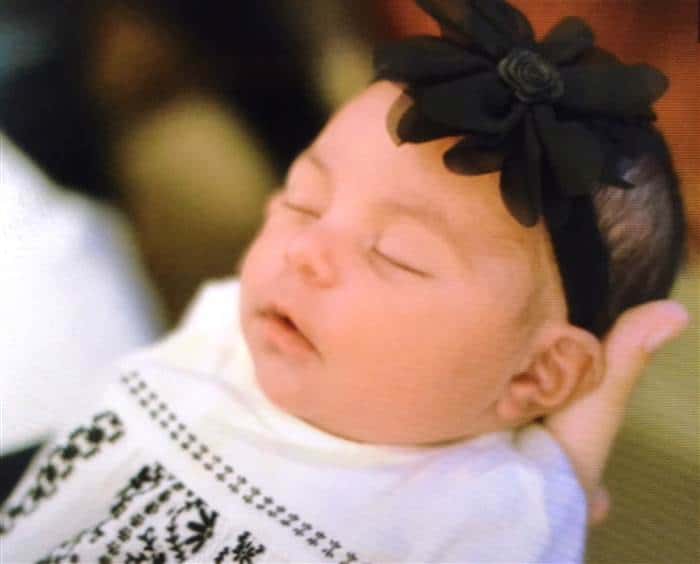 Little Amira, whose name means “princess” in Hebrew, became an internet star only two days after being born. Taveon Glenn

The video has been watched more than 30 million times since Glenn posted it on Sunday, two days after the birth of Amira, whose name means “princess” in Hebrew.

Read what people are saying about this video at TODAY.