Dad Goes Viral When He Gets Scar Tattoo For Son. Now It’s His Son’s Turn To Keep Him Strong 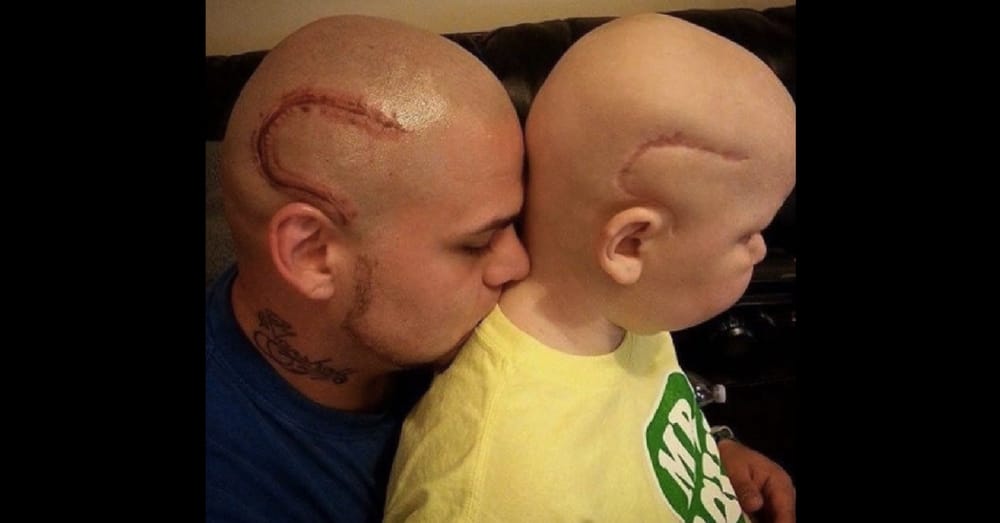 A sweet photo of Josh Marshall and his son Gabe went viral this summer after it won the St. Baldrick’s Foundation’s Best Bald Dad contest.

After Gabe underwent surgery to remove a cancerous tumor he was self-conscious of the large scar on his head. To help him feel better about it, Josh got a matching scar tattooed on his head.

Hero dad gets scar tattoo on his head to help son’s self confidence https://t.co/ly8uuPtDoP pic.twitter.com/XkTB0FCYgr

People couldn’t get enough of this loving and selfless father, and their story quickly went viral.

Now, though, it’s Gabe’s turn to be the strong one and help support his father.

Six months after his surgery, Gabe found out his cancer has returned.

“Pretty much we were told that the tumor is becoming more active,” Josh said. “Because of the location that it’s at, it’s inoperable.”

He said that not knowing what’s going to happen is what’s been hardest.

Though he is the one actually going through the cancer and the treatments, though, Gabe has been a source of strength for his heartbroken father.

“He is my superhero,” Josh said of Gabe. “He has (shown) me what life really is about and how to cherish the most out of everything.”

Gabe’s positive and determined attitude through the whole thing has really helped his family as they try to process and move forward. He has faith that he will get through this.

It’s clear this father and son are exactly the support each other needs. Our prayers are with Gabe and his family as they look to the future and try to figure out what’s next.

Were you touched by the way this father and son have helped and supported each other through this difficult time? So share this!