Dad Gets Tattoo To Match His Son’s Cancer Scar 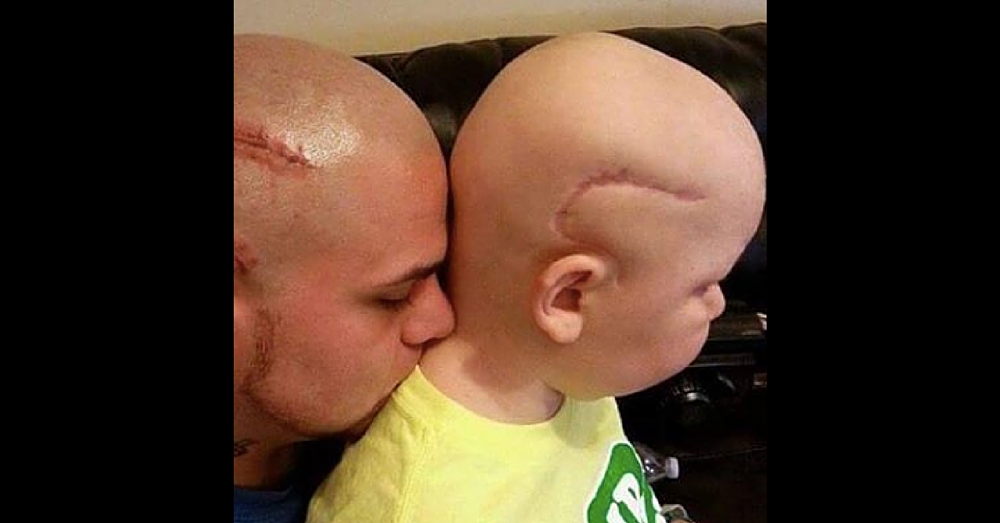 After watching his little boy battling a rare form of cancer, Josh Marshall was left devastated when Gabriel shared how he was feeling: like a monster.

In order to fight the malignant brain tumor, the now-8-year-old child had to undergo surgery to remove part of the tumor. While the operation successfully stabilized his condition for the time being, it also left a large scar above Gabriel’s right ear. When Gabriel disclosed to his dad that he was feeling very self-conscious about the new scar, his dad immediately knew that he needed to do something.

“This broke my heart,” Josh told BuzzFeed. “I told him if people wanted to stare, they could stare at both of us.” The dedicated father got an identical version of Gabriel’s scar tattooed on his head in the exact location as his son’s mark. After Josh shared a touching photo showing off their matching heads — along with his unconditional love for his child — the moving image won St. Baldrick’s Foundation‘s #BestBaldDad competition.