Dad Dies Months Before Son Is Born. Then She Looks At Photo, Sees Something That Makes Her Gasp 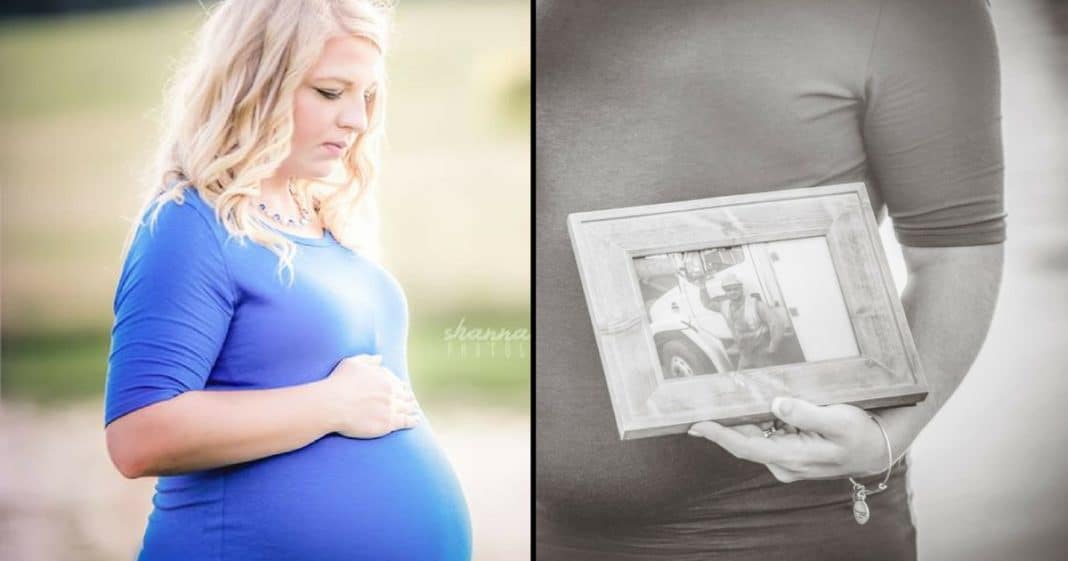 The time leading up to the birth of a baby is usually one full of excitement and joy. The expectant parents can’t wait to hold their new son or daughter in their arms, and they spend hours talking about baby names and setting up the nursery and dreaming about the future.

Such was the case for Jesse and Amanda Snyder. The couple married on March 10, 2017 and was excitedly anticipating the birth of their son in August. They had already picked out the name Jameson William Snyder – the same initials as his father – and were dreaming about what the future held for their little family.

Then tragedy struck. On May 27, 2017, Jesse was helping his parents cut down trees on their family’s property when a tree that had just been cut hit another tree on the way down, struck a limb, and killed Jesse instantly. In a moment, all of the couple’s dreams came crashing down.

Amanda was devastated and didn’t know how she would be able to carry on, but she knew that she had to – for their son.

As heartbroken as she was, Amanda still wanted to do a maternity shoot to commemorate her pregnancy. Even though Jesse wouldn’t be able to be there in person, she knew he would be there in spirit.

She contacted photographer Shanna Logan and asked if she could somehow incorporate Jesse into the shoot. When she got the photos back later she was speechless – as heartbreaking as it is not to have Jesse by her side, these photos will always serve as a reminder to her and Jameson that Jesse is watching out for them from above.

Shanna shared some of the poignant photos on her Facebook page and wrote about the painful but beautiful experience of doing this photo shoot.

“She talked about him the entire time we shot,” Shanna recalled. “How she felt he was still there with her. How she is so happy for this gift, baby Jameson and that she was going to be the best mom she could. Tell him stories of his dad and carry him on. Let him know how loved he is and dad will always be there in spirit.”

Shanna said both she and Amanda cried and hugged during the emotional session and Amanda’s pain was clear on her face, but the incredible mom-to-be told her she was finding the strength to carry on.

Amanda told Shanna that there had recently been a storm and a power outage and she had been walking down the hall in the middle of the night when a license plate decoration fell. When she picked it up she saw the words written on it: “Whatever it takes.” Amanda said she uses that phrase for strength when things get hard – to know that whatever it takes, she is going to make it through this difficult time and Jesse will be with her and Jameson every step of the way.

Little Jameson William Snyder was born on August 2, 2017. Though he will never know his father in person, we know Jesse’s spirit and love will be alive and well in their home.

“He is a little miracle, and a gift,” Shanna wrote, “and dad would be so so proud.”