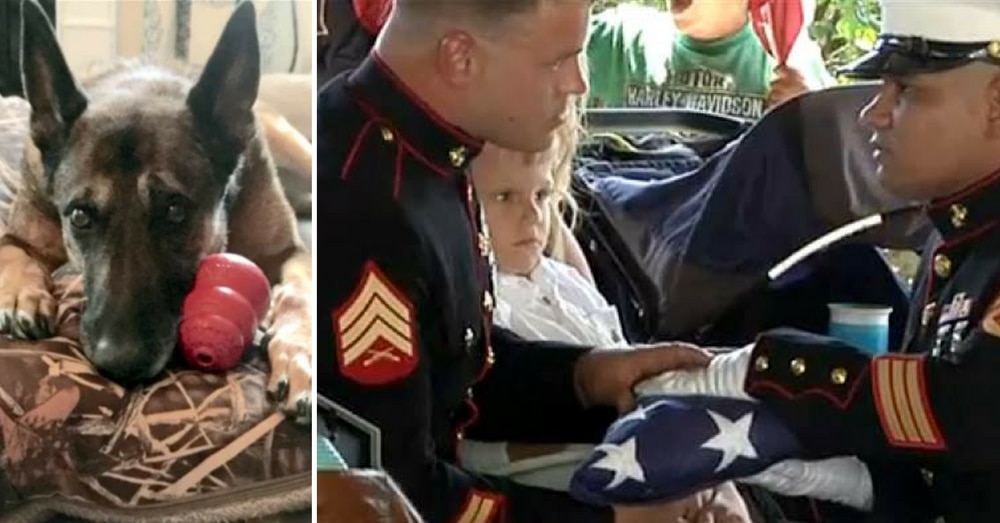 Iireland, a bomb-sniffing dog deployed — not just once, but twice — to Iraq was remembered during a touching memorial Sept. 10 at Camp Nelson National Cemetery in Kentucky.

The ceremony was the first of its kind for the cemetery: The 13-year-old Belgian Malinois was honored with cannon fire and a 21-gun salute. It was especially emotional for the dog’s handler, Sgt. Josh Sutherland, who had been paired with Iireland seven years ago. 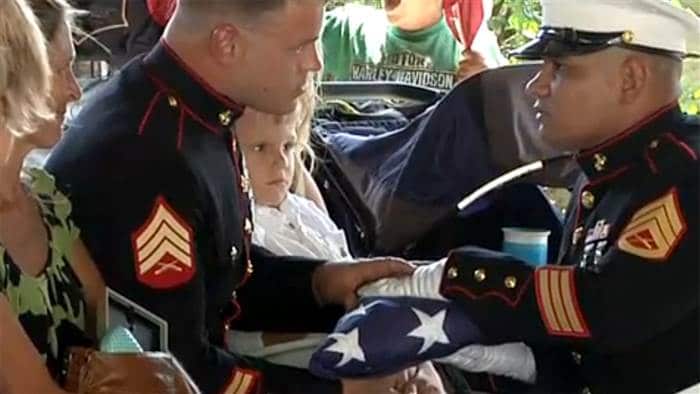 Sgt. Josh Sutherland is presented with the flag from Iireland’s memorial. WLEX

“It kind of left me speechless,” he told TODAY. “I didn’t know what to expect. But it was a beautiful day and very nice ceremony.”

And there was no shortage of support; family, friends, patriot riders, American Legion members and staff from the McCaw veterinary clinic were all in attendance. 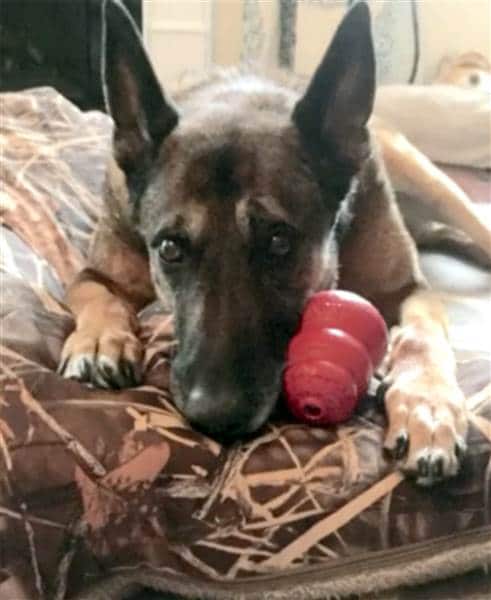 Iireland poses with one of her favorite chew toys! WLEX

Iireland died Aug. 8 from what the family and McCaw veterinary clinic believes to have been cancer. She suddenly stopped eating and drinking, became lethargic and started running a fever.

This behavior was out of character for Iireland, whom Sutherland described as being a very “happy” dog. “She loved to work and had a lot of drive. She would never quit,” he said. 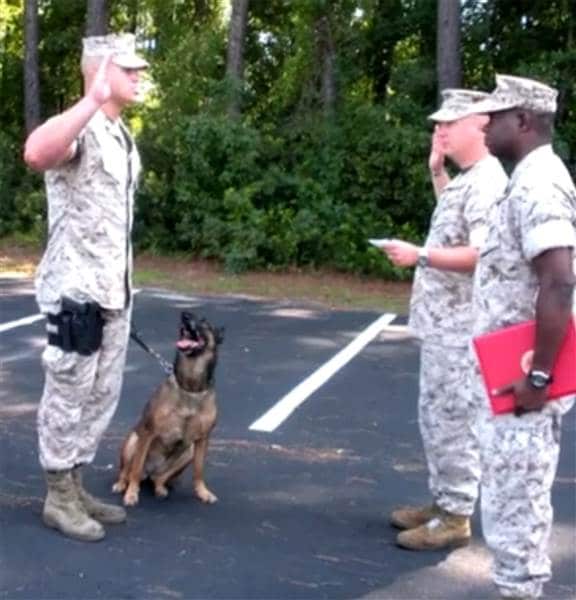 Work was something Iireland took seriously. On the job she was “hardheaded, very confident in her abilities and could be stubborn at times, but always aimed to please.”

She served once in 2007 and again in 2008 alongside Sutherland. Together, the two were always on the lookout in Fallujah for explosive devices. In 2009, they returned and the sergeant officially adopted Iireland the same year when she was medically retired. 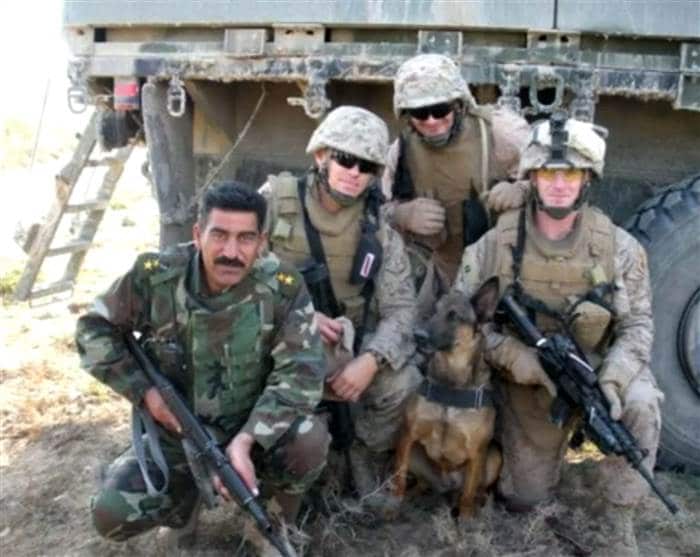 Read more about this courageous and inspiring dog at TODAY.