Couple’s Car Stolen From Driveway. Next Day It Reappears With $30 And This Note 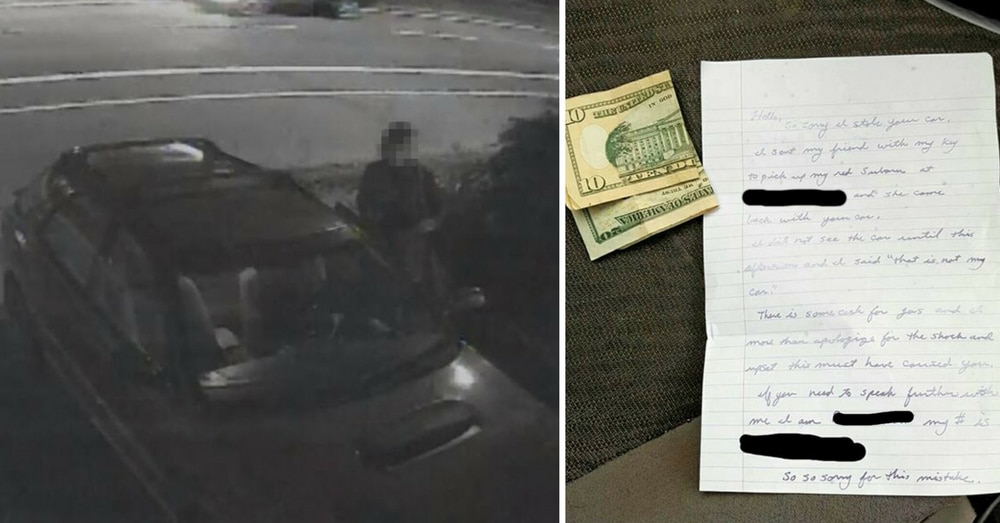 After Erin Hatzi discovered her car missing from the driveway of her Portland, Oregon, home on Tuesday, she immediately called police and began to scour Craigslist to see if her red Subaru had already been stripped for parts.

Less than 24 hours after the vehicle’s disappearance, though, it was returned — with an apology note and some gas money, explaining that the crime was all a misunderstanding.

Hatzi has since gone public with the strange (and slightly sweet) story. She tells PEOPLE that she was home making dinner on Tuesday when her husband returned and questioned where her car was.

Initially, Hatzi, a chemotherapy nurse, thought her husband was “messing with” her, because he also has a copy of the key. Panic soon set in, and the pair turned to the security footage of their driveway from that evening.

“She started it, and then she sent a couple more texts. And then she pulled out of the driveway and took off.”

Hatzi says she filed a police report and learned from the responding officer that older Subaru models have keys that can be interchangeable, or shaved down to work in various vehicles. (The Portland Police Bureau confirmed Hatzi’s version of events to PEOPLE.)

“It didn’t make very much sense why a thief would spend 10 minutes hanging around the car they were about to steal in front of somebody’s house,” Hatzi says. “It just didn’t make any sense.”

The Portland native filed an insurance claim, and the next day — after picking up their provided rental car — her husband was hanging around at home when he saw police lights outside.

Hatzi’s Subaru was parked back in front of her home, and an officer had stopped after running the plates to discover the car was reported stolen.

“They just happened to show up at the same time the woman was dropping it back off at my house,” Hatzi says. “[The woman] pulled up in front of my house, locked it and started to walk away.”

The responding officer detained the woman for questioning outside the home, Hatzi says, while her husband checked inside that car and found a note — along with $30 in gas money — that explained what really happened. 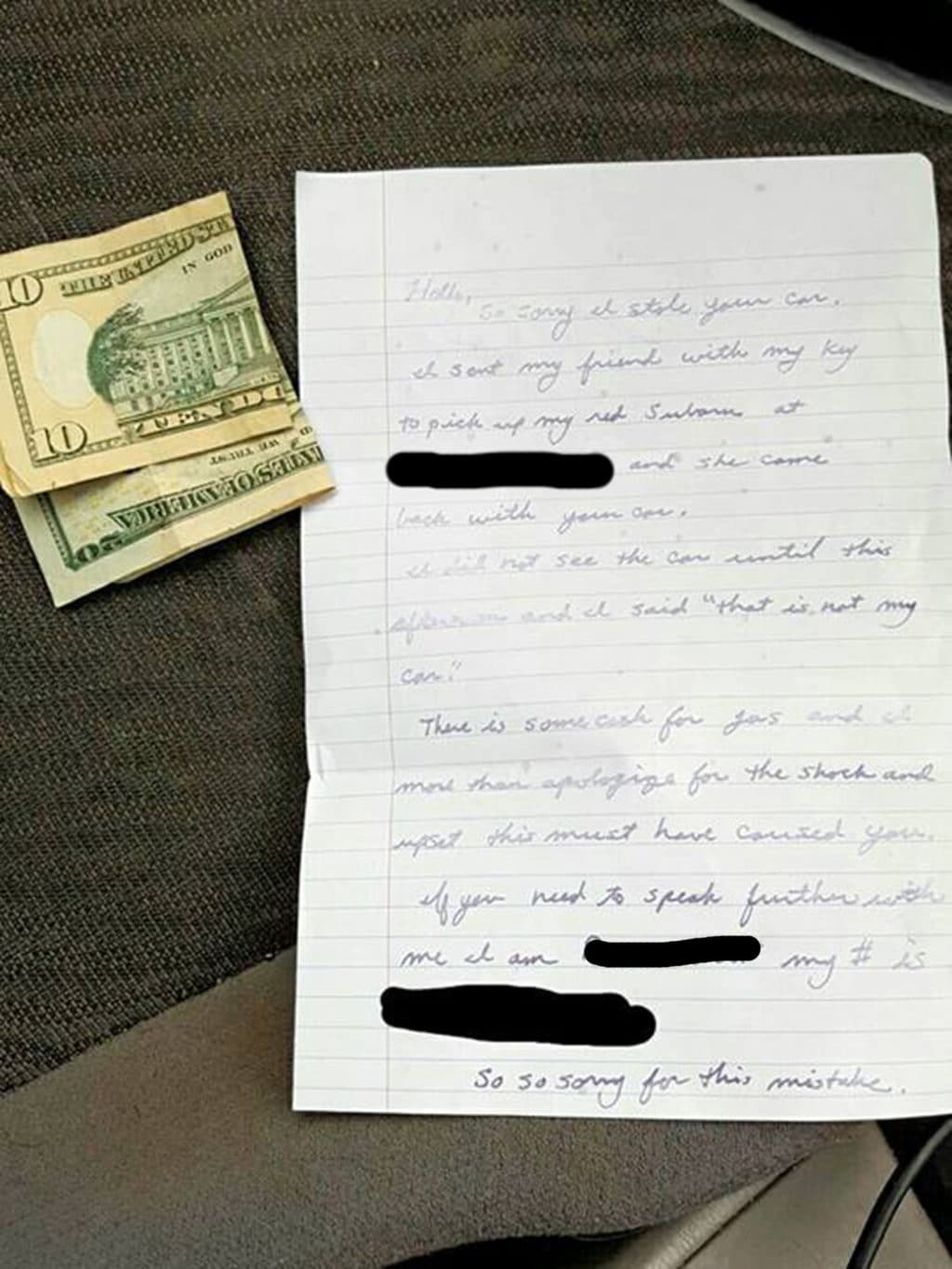 “Hello, so sorry I stole your car,” the note read. “I sent my friend with my key to pick up my red Subaru at [a nearby home], and she came back with your car. I did not see the car until this morning and I said, ‘That is not my car.’ There is some cash for gas and I more than apologize for the shock and upset this must have caused you.”

The accidental thief apologized profusely for the mistake and explained that their red Subaru was parked just 10 yards away, Hatzi tells PEOPLE. The friend was retrieving the vehicle because the owner was recovering from a surgery.

Read the happy and hilarious ending at People.