Couple Gets Married In Hospital. When I Saw Why I Couldn’t Stop Crying 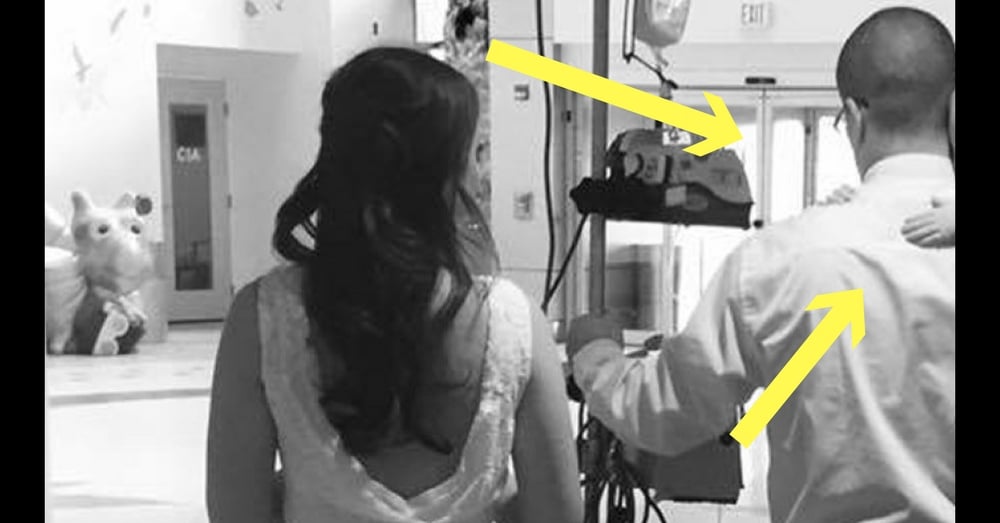 A powerful photo of a newlywed couple carrying their 2-year-old son through a hospital is tugging at heartstrings around the nation.

On January 7, Celia and Geff Kinzel wed in the chapel of Nationwide Children’s Hospital in Columbus, Ohio, where their son Logan is being treated for Stage IV brain cancer.

As the young parents carried Logan back to his hospital room after the ceremony, Kinzel’s mother trailed behind and snapped a photo that has now gone viral. 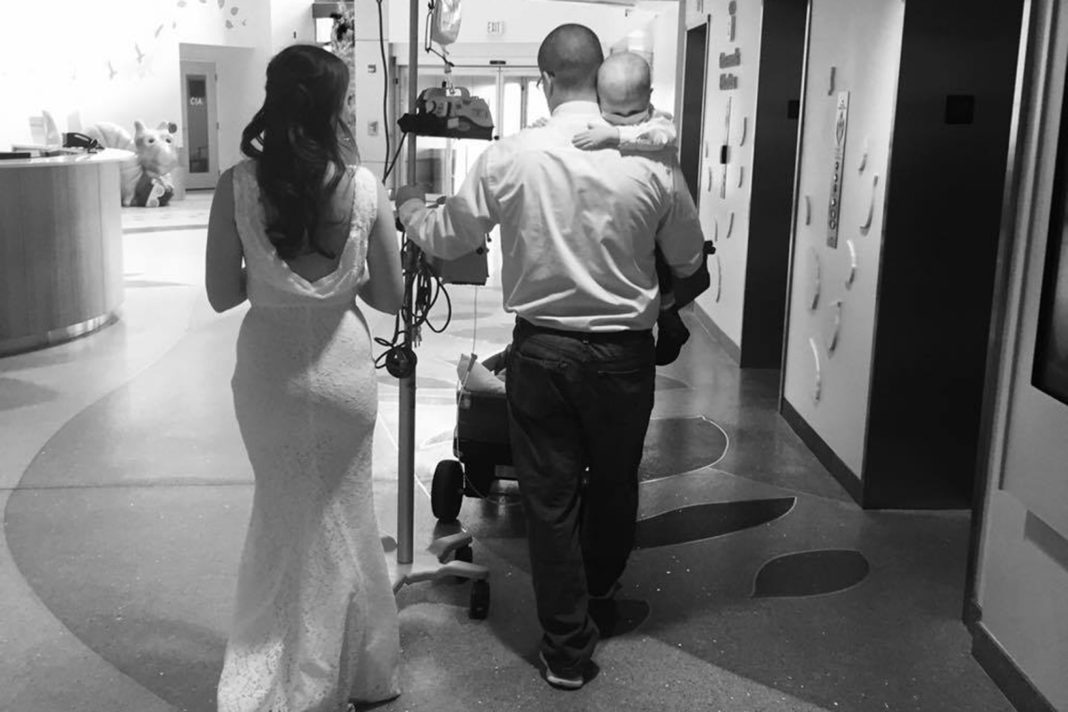 “Everyone was really touched by [the photo],” Celia Kinzel told ABC News. “I really hope from all of this, that it does bring awareness to pediatric cancer. Before this happened to Logan, I thought it was rare. I hope this sheds some light on it and people see that it’s common.”

Logan was diagnosed with Stage IV Medulloblastoma last year and quickly underwent surgery to remove a tumor and months of chemotherapy, Fox 32 reports. After Thanksgiving, doctors discovered the cancer had returned with a vengeance. Logan now has tumors on his brain and down his spinal cord.

“He is a charmer, he will just look at you and you fall in love with him,” Celia Kinzel said. “He is still smiling and playing. He had his days where he wants to lay down and be cozy all day but, for the most part, he’s just a happy 2-year-old.”

Logan has been living in the hospital since his second diagnosis. His parents stay with him during the week while older brother, Rowan, 4, stays with an aunt and uncle.

Celia, 26, and Geff, 32, were engaged in 2015 and planning a wedding for 2018 but decided to move up their wedding after their son’s second diagnosis.

See the message this family hopes to spread through their story on People.