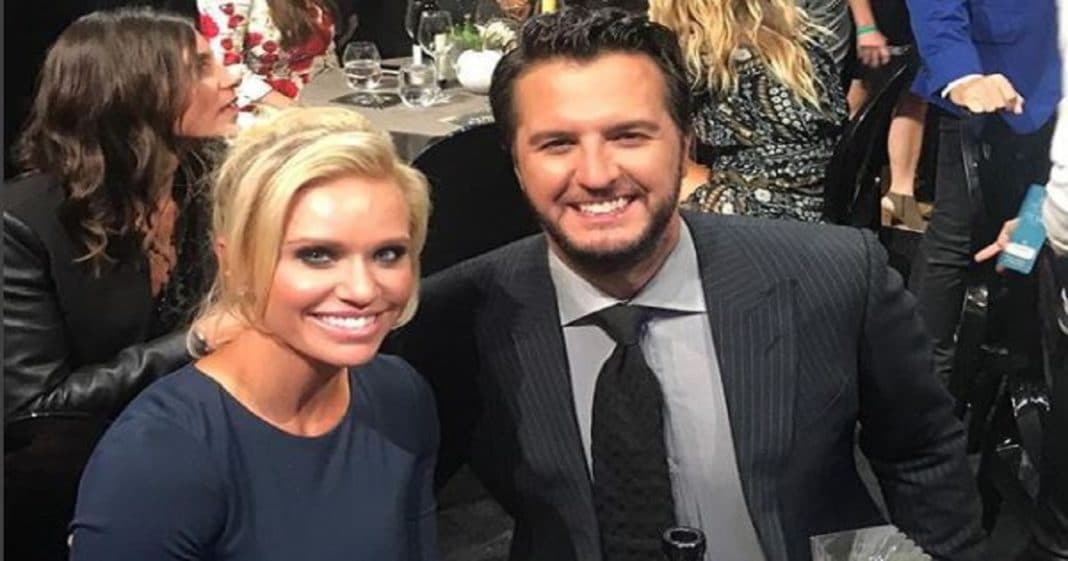 I received a new handbag, some clothes and other nice items for Christmas. Celebrities handed out gifts from the humorous to the controversial. From the bathing cap Prince Harry gave his dear grannie, The Queen with the phrase, “life’s a b**ch” written on it. Country singer and superstar, Luke Bryan? Well, his wife, Caroline Boyer didn’t even need to open her present. It hopped into her lap.

The “American Idol” judge is facing heavy criticism for giving his wife two baby kangaroos for Christmas. “Shame on you for taking these animals out of their natural environment for your pleasure,” one commenter wrote on Instagram.

Another voiced their disgust by saying: “Kangaroos are not pets nor farm animals, they belong in the wild […] plus these are two newborn joeys. They need their mother’s pouch for the first year.”

Others are criticizing Bryan and his wife for putting diapers on the kangaroos. So far the singer and his spouse haven’t responded.

In the video, Bryan can be seen walking through his home carrying a bag while his wife is blindfolded, waiting for the surprise.

#Repost @linabryan3 (@get_repost) ・・・ 2 Live Roo and Roo Tang Clan are living their best life. ???Seriously…real names are Margo and Todd. They are adjusting perfectly are beyond sweet and precious. #brettsbarn #christmasvacation #margoandtodd

Bryan joked with her in the video that he later posted to Instagram: “I got you two designer purses.”

The pair of kangaroos were named Margo and Todd after the neighbors in the beloved film “National Lampoon’s Christmas Vacation.” The baby joeys are the newest additions to Brett’s Barn, which is located on the singer’s property.

Sadie Brett was the couple’s 7-month-old niece who died earlier this year. Brett’s Barn serves as a rescue for abused and abandoned animals and was created in her memory. The joeys’ barn mates include a goat named Goober Goldsby, several miniature horses, pigs, and donkeys.

Many are displeased with Bryan for choosing these adorable kangaroos as gifts. It is not known whether he purchased them from a rescue or a breeder; Bryan hasn’t commented.

PETA Vice President Colleen O’Brien is calling for an official investigation: “Baby kangaroos belong in their mothers’ pouches, not in gift bags,” O’Brien said in a statement.  “These joeys have complex needs, including specialized diets and room to roam—they are not toys and  will only become more difficult to care for as they grow older.”

Do you agree with Bryan’s gift? Whether you do or not, so share this story.