Cop Sees Strange Shadow On Road, Stops To Check It Out – That’s When Realizes What It Really Is 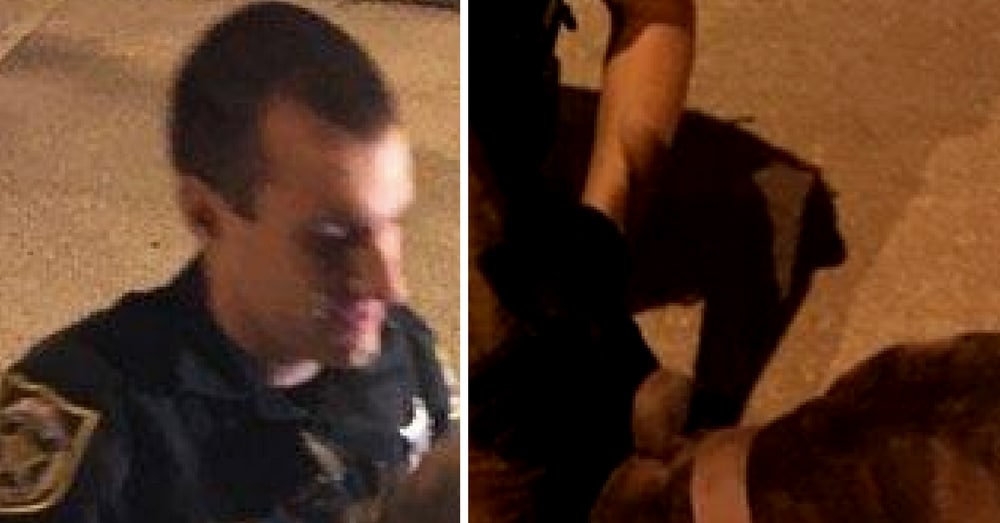 Police officer Patrick Hennessey was driving to work early one morning when he spotted a suspicious shape in the middle of the road. He slowed down to have a better look, and he couldn’t believe what he found.

Cowering together in the street were two pit bulls. One was injured and bleeding, and the other one refused to leave his side.

The dogs were nervous at first, but when they realized the policemen were they to help they quickly relaxed and began to snuggle up to them and show their appreciation.

Both of the dogs were wearing collars, so the officers think they may have been abandoned on purpose. There is a lot of stigma surrounding pit bulls, and many are used for dog fights and treated cruelly.

The officers may never know what actually happened in these dogs’ pasts, but they are determined to give them a better future.

The dogs, who they named Liberty and Justice, were taken to the local shelter where they were checked out, cleaned up, and given time to rest and recover. Now the dogs, who the shelter staff says are sweet, lovable, and friendly, are anxiously waiting to find their forever homes!

We know they will be forever grateful to their rescuers for showing them kindness and compassion and saving their lives!

Were you touched to see how these police officers cared for these abandoned dogs? So share this!