Cop Sees Driver Stopped In Road, Rushes To Help. But He Wasn’t Expecting To Find This 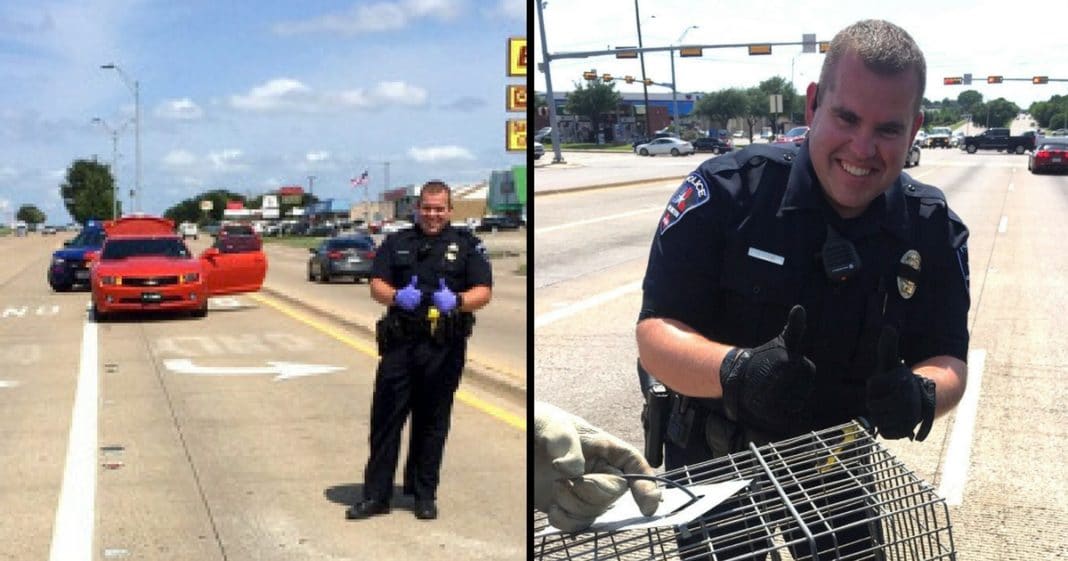 Police officers never know what to expect when they are on the job. Oftentimes the things they have to deal with on a daily basis are scary and dangerous, like armed robberies and gang violence.

Sometimes, though, these officers get a little break from the scary stuff and are called to more light-hearted jobs instead. That’s what happened to Officer Kidd as he was leaving a call on the Fourth of July, and his story has since gone viral…

People has the story:

On Tuesday, traffic got hairy in Arlington, Texas.

Officer Austin Kidd of the Arlington Police Department was leaving a burglary investigation when he spotted a motorist stopped on the road trying to flag him down. The officer pulled over to help, expecting that the driver was experiencing car trouble, reports Dallas News.

The car was fine; it was what was under it that was the issue. The driver explained to Officer Kidd that a kitten ran under his car while he was stopped at the light and was still somewhere beneath it. Afraid of hurting the confused and innocent cat, the driver decided to stop his car and try to free the feline.

Caught up in the story, Officer Kidd peeked under the car and quickly realized the kitten was stuck between one of the vehicle’s rear wheels and the brake rotor. With some assistance from his partner Officer Rob Phillips, who joined the rescue party shortly after Kidd, Officer Kidd carefully removed the wheel to free the kitten.

911 call where a car hit a kitten. @ArlingtonPD cops take off a tire of the car and save the kitten. Great job. Happy 4th! #theydohave9lives pic.twitter.com/n77PBpTkFT

Without a word of thanks, the cat quickly scampered back into traffic, eventually hiding under another car stopped at a nearby light. The officers notified the motorist before he drove off and got him to stop the car. With the kitten caught under another vehicle, the police called animal control to save the curious cat this time and take him to a shelter. 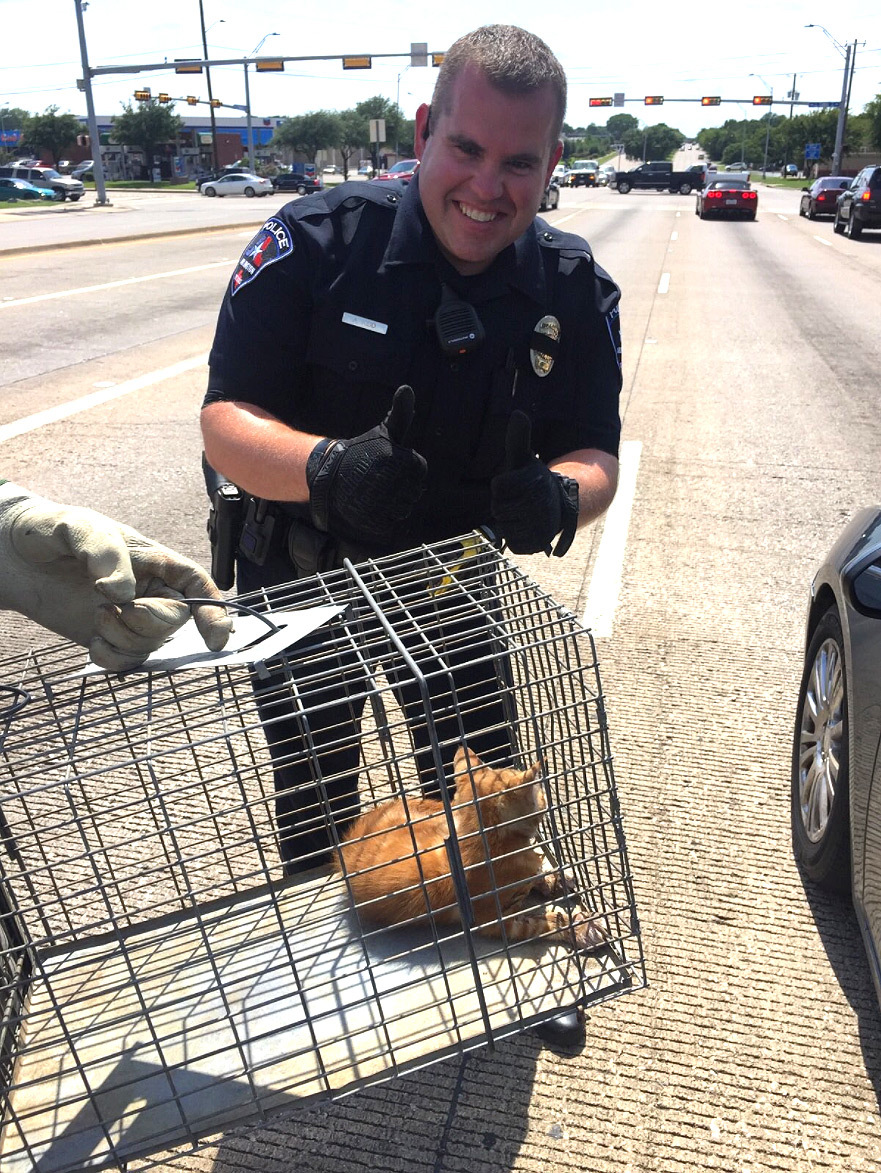 The animal care officer who picked up the pet said the cat looked slightly malnourished and dehydrated, but appeared to have no serious injuries from his time on the road.