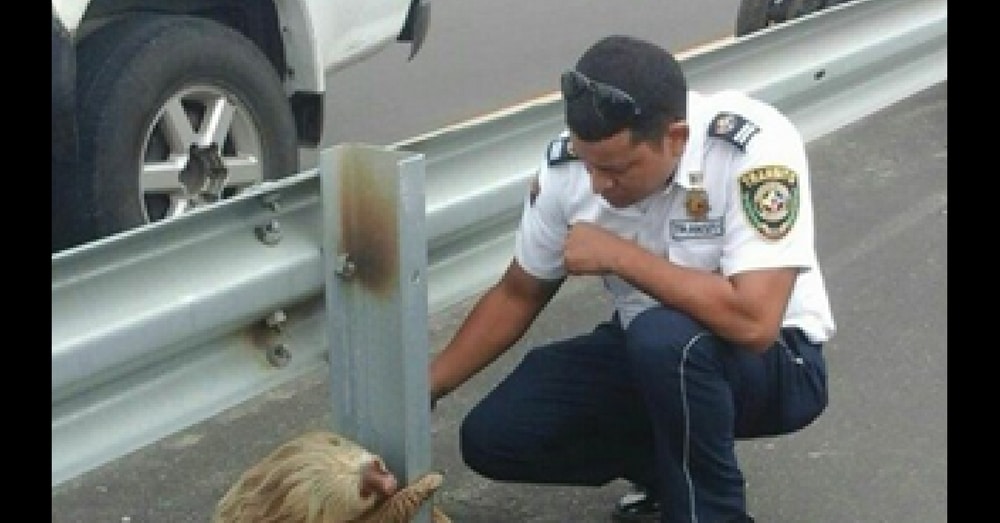 Police officers have to deal with a lot of scary and difficult situations, but every once in a while they get a call that’s a little more light-hearted. That’s what happened when this officer was called to investigate a little “situation” on the side of the road.

When he responded he wasn’t sure what to expect, but when he got closer he realized this was one of the cutest calls he’d ever been on!

Mental Floss has the story:

Police work can be tough, but sometimes it can also lead to adorable situations. In 2016, transit police in Ecuador encountered the latter, when they were called to investigate a tiny sloth that found itself in a scary situation on the side of the highway. Unable to cross to safety, the petrified animal had resorted to clinging to a guard rail.

After rescuing the lost sloth, police brought it to a vet to check for potential injuries, where it was then cleared to return to its car-free home. Here are some pictures of the brave rescue mission. And check out the goofy mug on that sloth! 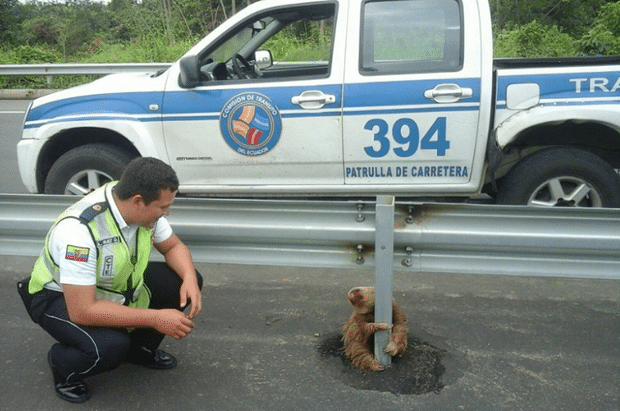 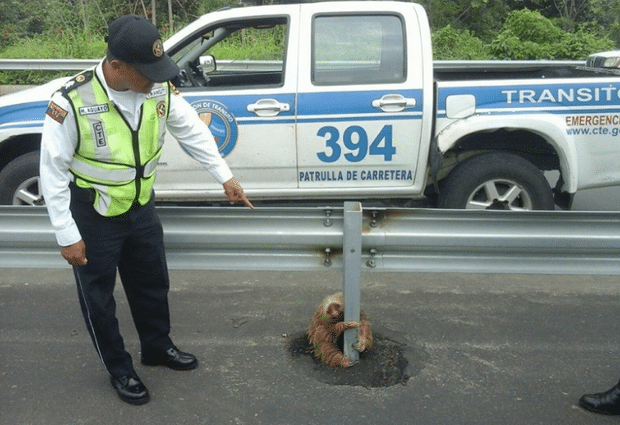 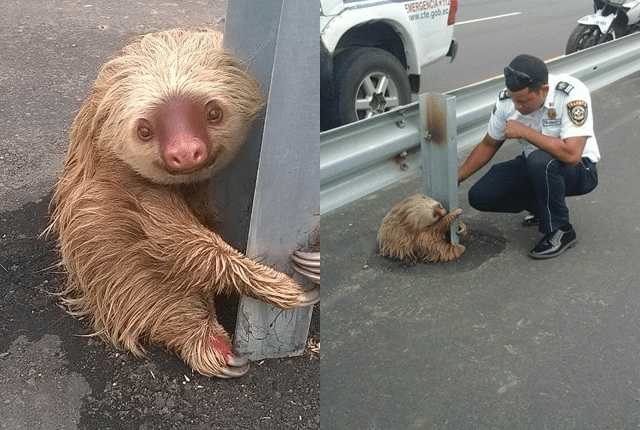