Cop Responds When Deer Slams Into Car, But Then He Makes Unexpected Find In Ditch 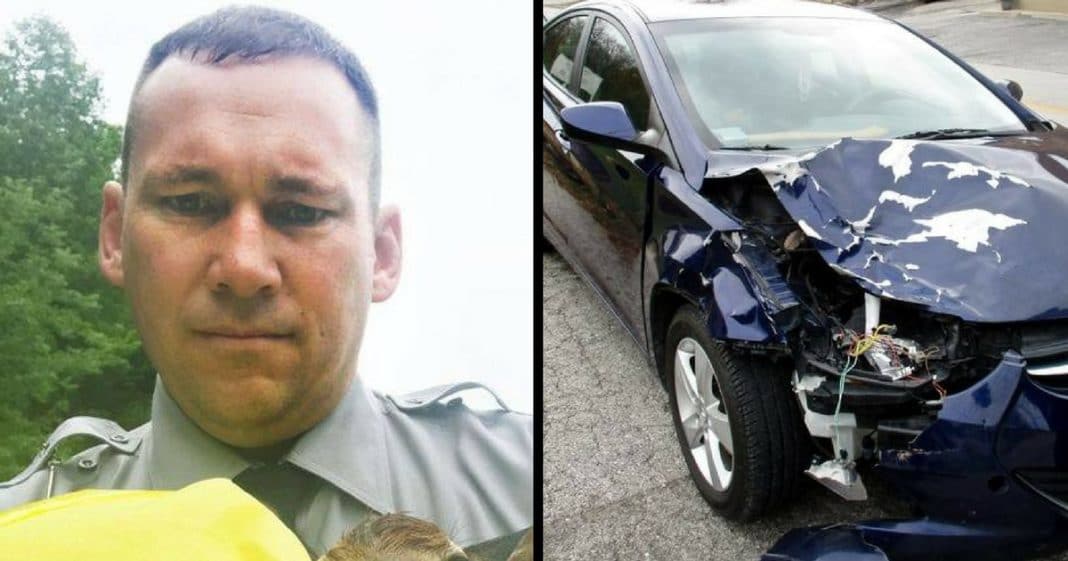 I’ve never liked driving in wooded areas at night. I am always nervous that a deer is going to jump out of nowhere into the road in front of me.

It’s not an unfounded fear. According to the National Highway Traffic Safety Administration, about 1.5 million deer-vehicle collisions occur every year just in the United States, causing about 150 deaths and $1.1 billion in property damage annually.

So when North Carolina Highway Patrol Trooper Rocky Deitz responded to a call about a deer collision, it didn’t seem too out of the ordinary. When he began to investigate further, though, he saw something that made his jaw drop.

The crash occurred in the Barkers Creek area of North Carolina when a motorist hit and killed a full-grown doe. What the trooper soon realized, though, was that the deer had been pregnant and, even though she had been killed, the force of the impact caused her to give birth to her fawn.

When Rocky walked over to a nearby ditch, he found the newborn, miraculously alive and unharmed. He knew he couldn’t just leave him there, so he scooped him up, wrapped him in a cloth, and took him home.

“I had to do something with it to give it a fair chance,’’ he said.

Rocky’s family is now helping to take care of the fawn, whom they’ve named Buckshot. They cleaned him up, have been bottle feeding him with goat formula, and are even teaching the wobbly newborn how to walk.

Keeping wild animals as pets is illegal in North Carolina, so Rocky contacted state wildlife officials who are going to pick up the fawn and take him to a licensed rehabilitator.

We know the Deitz family will miss having Buckshot around, but we sure are glad they took him in and gave him a shot at life!

Were you touched by the way Rocky took care of this helpless little fawn? So share this!