She Confronts Shoplifter But When He Empties Pockets She Has Change Of Heart. What Happens Next…Wow 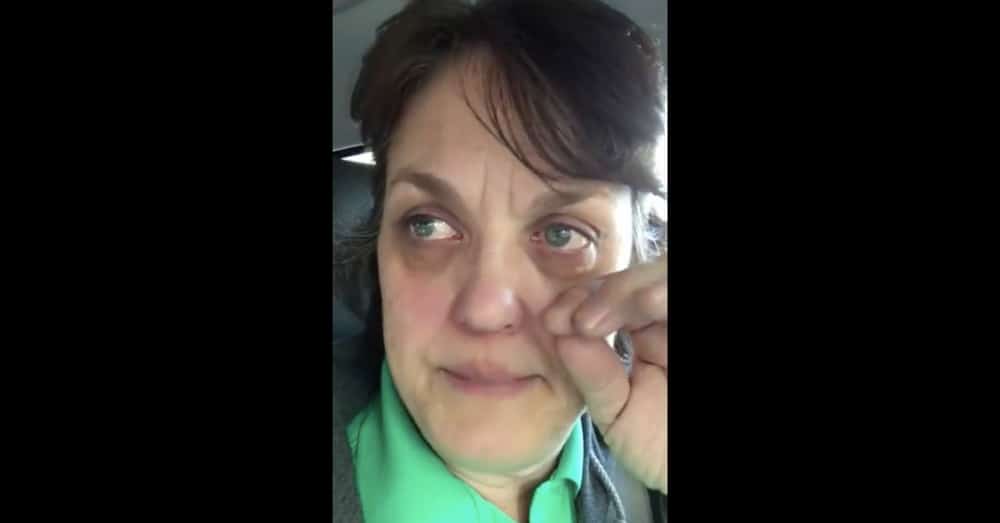 Melanie Wilson was ready to go home. It was Christmas Eve and she was done with her shift, but her assistant was running late so she had to stay.

Then a customer came and told her the last thing she wanted to hear – she had seen a man shoplifting.

Melanie went to confront the man and found him with his pockets bulging. She asked him if he was okay or if he needed help, but he blew her off and walked out of the store.

Melanie noticed that the man looked distraught. She followed him out of the store and then, when she saw him getting into his car, went over to take a picture of his license plate so she could show it to police.

Seeing what she was doing the man came over and pleaded with her not to call the police. Melanie told him that if he tried to get away she would, but if he came back inside and returned the merchandise he had stolen she would let the matter go.

Reluctantly the man agreed but asked that they go to a private area of the store so people couldn’t see what what happening. Melanie grabbed two shopping baskets and headed to a corner of the store, but when he started pulling things out of his pockets her heart broke.

The man began to pull out toys and candy and Christmas decorations and wrapping items. She realized he had been trying to steal Christmas presents.

She asked him if he had any kids and he told her he had two and was also taking care of his nephew.

In that moment Melanie knew she wanted to do something to help this man. She took the baskets and walked with him to the front of the store where she had the cashier ring up the items, which totaled around $75. She then told the man she was going to buy everything for him.

The man began to cry and went over to the window, and it was then that a woman standing in line behind them said something that left both Melanie and the man stunned.

Click below to hear Melanie tell what happened next.

Melanie said she’s not a particularly religious person, but this incident confirmed to her that God is real.

“I don’t want anyone to ever tell me there’s not a God,” she said through tears. “There is a God, and he works in the most amazing way. And he’s touched me today, out of the blue.

Were you touched by what Melanie did for this desperate young man? So share this!