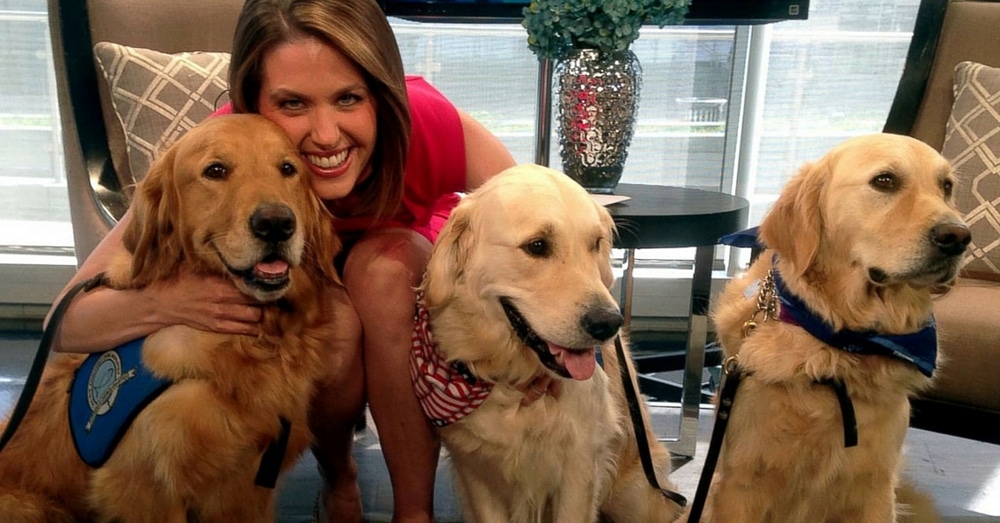 Six comfort dogs have traveled from across the country to Dallas to provide hope and comfort for families and coworkers grieving the loss of the five Dallas police officers killed by a sniper last week. 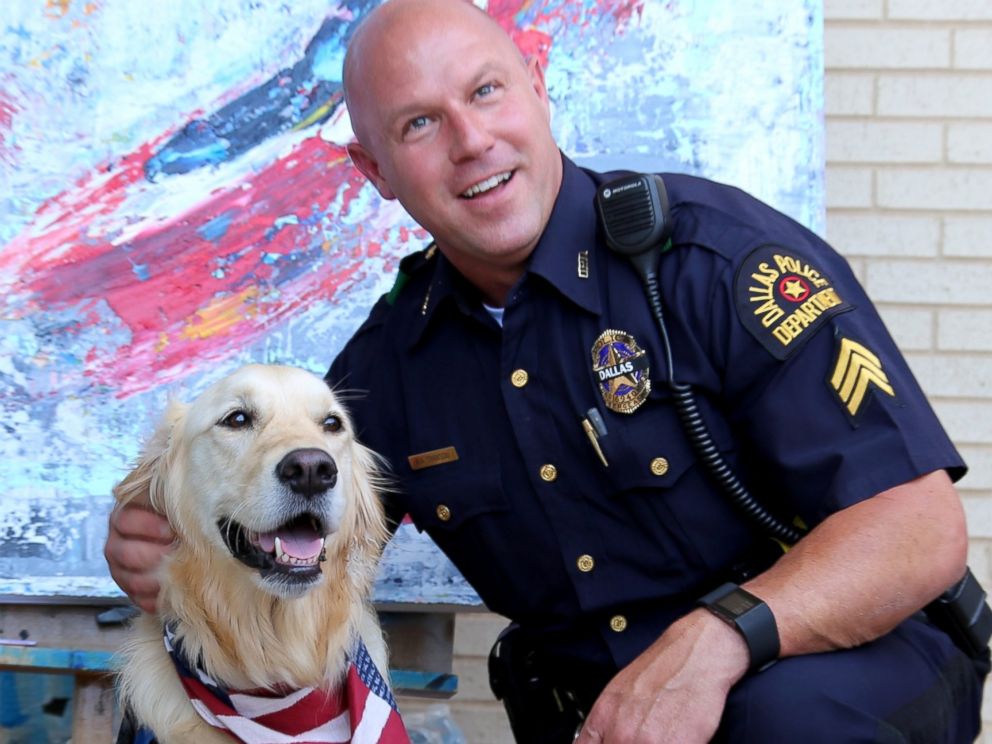 A comfort dog poses with a police officer at the Dallas Police Headquarters.

The comfort dogs worked overtime Wednesday following the funeral of three of the officers, visiting police headquarters. Hetzner said although the officers’ colleagues are “tough” and “stoic” men, the they’re grieving “extra hard.”

“But the dogs help them talk about it,” he said, regaling stories of how the officers and other grieving visitors “pull out their phones” and start showing off photos of their own dogs after interacting with the ones provided for their comfort. 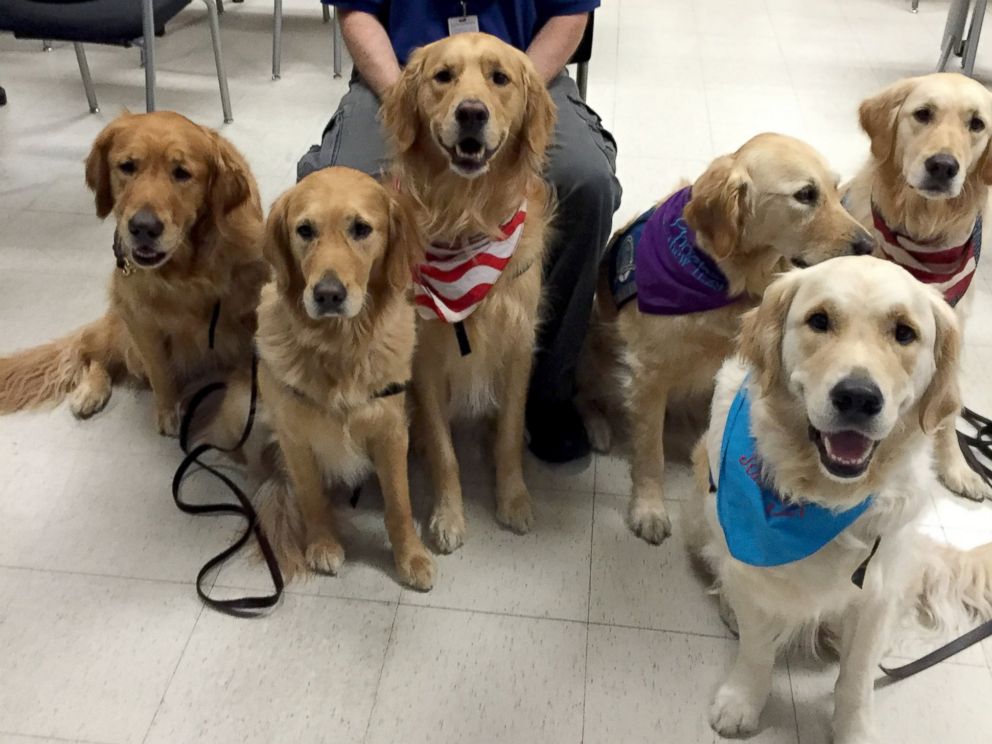 Comfort dog Rufus poses with Pastor Mark Erler while on duty to spread joy after the Dallas shooting.

The roster of golden retrievers include Ruthy and Luther from Illinois, Katie from Nebraska, Rufus from Oklahoma, and Pax and Phoebe from Fort Worth, Texas. The Lutheran Church Charities Comfort Dogs, established by Hetzner in 2008, currently houses hundreds of golden retrievers and operates in 23 states and provides comfort to whoever asks for them.

Although the dogs are trained to provide comfort — they were taught to be calm, lie on the ground and sit — they pick up on the emotions of the people around them and require breaks every hour and a half to go for a walk, drink some water or even play with a ball, Hetzner said. 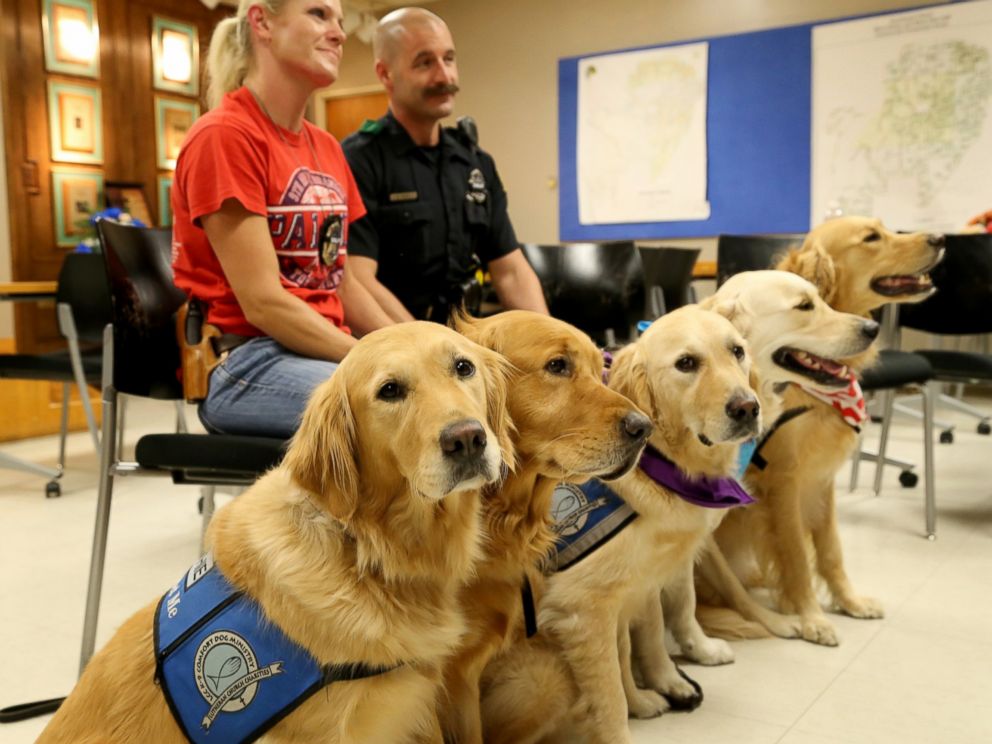 Comfort dogs from the Lutheran Church Charities in Illinois pose with a member of the Dallas Police Department.

The dogs provide non-judgmental, unconditional love to the people they serve, Hetzner said.

“That’s the beauty of the dogs,” he said. “They have a sixth sense when somebody is hurting.”