City Wants To Tear Down ‘Eyesore,’ Then Group Transforms It For Homeless Veterans 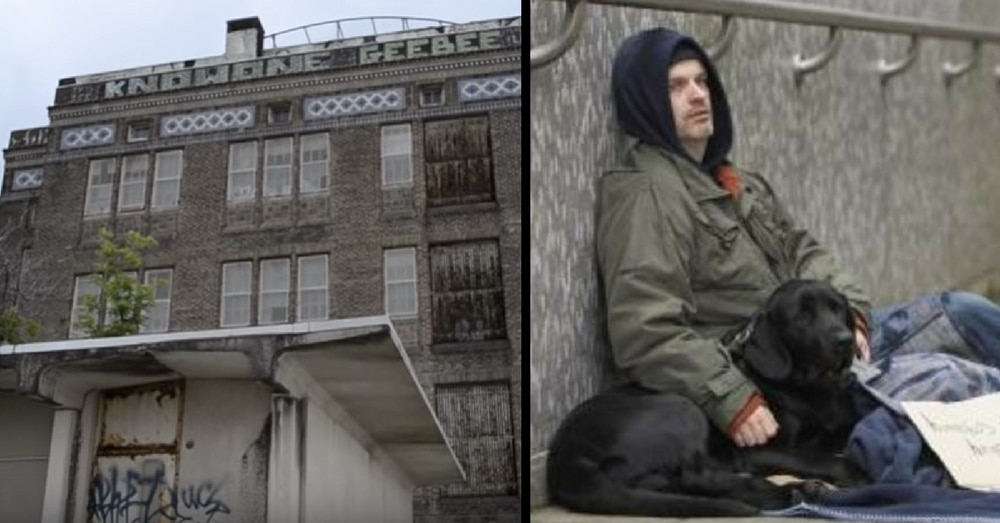 Homelessness has become a major issue all over the United States, especially for veterans. Thousands of our veterans, many of whom suffer from PTSD and other mental disorders, are left to fend for themselves when they can’t hold down a job and don’t have a place to call home.

Thankfully, many government organizations and advocacy groups have been working to combat this problem, and the city of Philadelphia has been living up to its moniker of The City of Brotherly Love by becoming a national leader in this fight.

Since 2013, living spaces have been created for over 1,300 homeless veterans, and they are working to increase that number.

The Philadelphia Housing Authority has partnered with a non-profit organization called HELP USA to convert a school that had been abandoned for more than 40 years into housing for the homeless.

David Cleghorn of HELP USA told the press that ”It would have been far too expensive and a shame to tear it down. We haven’t gotten any pushback or a single negative comment on this project. The building has been an eyesore for a while and a safety issue that needed to be addressed. People are excited about it.”

Spring Garden School was constructed in 1927 and put on the National Register of Historic Places in 1986, but since it had been left vacant vandals had covered the walls with graffiti and littered the floor with trash.

Once the $14.5 million restoration is complete, the building will provide 37 units of affordable housing for low income seniors, with 12 of those units specifically earmarked for homeless veterans.

Not only will the building provide a place to live, but veterans will also have access to support services on site, including healthcare, counseling, employment assistance, and youth mentorship programs.

They plan to have the work completed on the building around summer of 2017, and the first residents will start to move in by the end of the year.