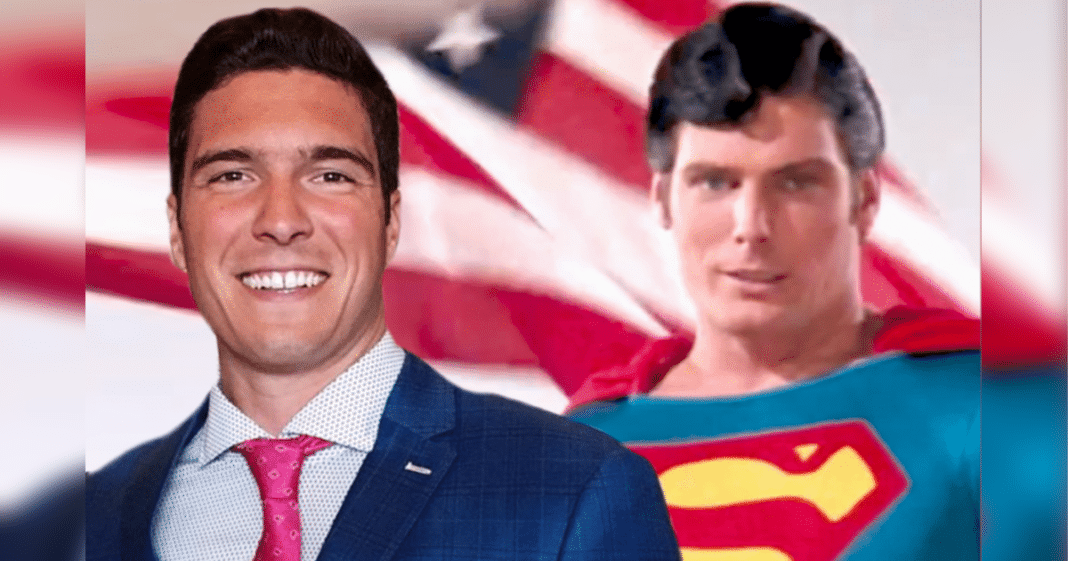 What does a hero look like? For millions of people growing up in the late 70s and early 80s, a hero looked like Christopher Reeve, the charismatic and handsome actor who played Superman in the Academy Award-nominated film released in 1978.

The picture of Christopher Reeve also comes to mind for his son, Will Reeve, who lost his father on October 10, 2004. Ten years later, Will remembered his father on Instagram.

“A hero is an ordinary individual who finds strength to persevere and endure in spite of overwhelming obstacles,” Will Reeve wrote.

“He was, of course, a hero to so many, particularly to those affected by paralysis.”

"A hero is an ordinary individual who finds strength to persevere and endure in spite of overwhelming obstacles." I lost my hero ten years ago today. He was, of course, a hero to so many, particularly to those affected by paralysis. His dream of empty wheelchairs is nearing reality, thanks in large part to the work he and my mom started at the @reevefoundation. We're so close. Join me and #JoinReeve by checking out ReeveBigIdea.org. Please give what you can, in honor of my dad, or whoever moves you.

Will Reeve remembered his father again on Twitter four years later in 2018.

My dad died fourteen years ago today. I never knew 10/10 was #worldmentalhealthday, but I find it fitting; he was a model of courage, not only for finding the light and for battling every day, but also for acknowledging, respecting and embracing when he could not. You can be too.

From the Epoch Times:

“To Will, his dad was a Superman ‘for the way he fought tirelessly to discover cures for spinal cord injuries after sustaining one himself by falling off a horse in 1995 and dedicating his life to achieving his dream of a world of empty wheelchairs.'”

Will remembers his childhood as relatively normal, even though he was the son of Superman.

“No, to me, my father was Superman because he was my hero: Dad,” Will wrote for MailOnline.

Nine years before the famous actor’s death, Reeve was permanently paralyzed after a horseback riding accident. The news shocked the world, as the superhero who could fly on screen was confined to a wheelchair, unable to move from the neck down, and dependant on a respirator to breathe.

He went for being a movie star to possibly “the most famous paralyzed person on the planet,” Will remembered.

Despite facing such an extraordinary setback, Reeve and his wife Dana heroically began using their celebrity status to champion efforts to find a cure for spinal cord injuries. The couple established the Christopher & Dana Reeve Foundation.

Reeve was open about his accident and appeared in interviews to talk about going from a movie hero to a real-life hero fighting to find a cure.

“Any one of us could get hurt at any moment,” he said.

His work was a “legacy fit for a superhero.” The Foundation remains in awe of his efforts dedicated to “advancing quality of life and discovering cures for spinal cord injury in the here and now.”

“Christopher’s legacy through the Reeve Foundation is strong and enduring. It is humbling to comprehend how one man, who for the last decade of his life was a ventilator-dependent quadriplegic, could change the world. And for that, we were and still are in awe of his heroism.”

Happy 66th birthday to the coolest guy I’ve ever known. ?? Please click the link in my bio to learn about arguably the biggest ever breakthrough in spinal cord injury research, announced yesterday. Not a bad birthday present @reevefoundation

Today, Will and his half-brother and sister, Matthew Reeve and Alexandra Reeve Givens, carry on his parents’ humanitarian work in the effort to realize the Reeve’s dream, a sea of empty wheelchairs. They are making real advances.

“His dream of empty wheelchairs is nearing reality, thanks in large part to the work he and my mom started at the Reeve Foundation,” wrote Will.

Will, the spitting image of his father today, recently shared a breakthrough. We know his parents are smiling down on him as he shares the incredible news.

Whenever I say the @ReeveFoundation is curing paralysis, it’s not hyperbole. See and share the huge breakthrough below. https://t.co/7ocjn5MtHO

Christopher Reeve died at the age of 52. Just a year and a half later, Dana Reeve would die in 2006 at the age of 44. She passed away from lung cancer, although she never smoked. Before her death, Will’s parents made plans for him to live with the family of a best friend from school. He was 13 years old. 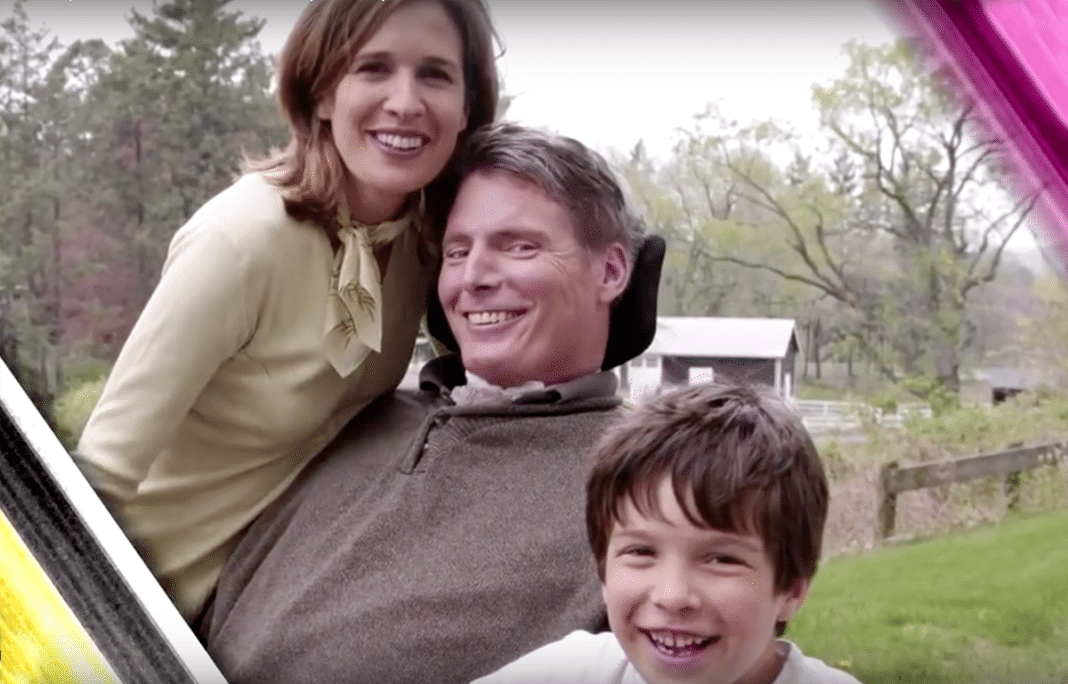 Following the untimely passing of both of his parents, Will Reeve had to carry on. He reached a “new bottom” but realized “there’s nowhere to go but up, and that’s exactly where you’re headed.”

He found a loving home with his neighbors and realized that the memories of his parents will always be a part of who he is. They instilled in him a sense of loyalty, commitment, courage, perseverance, and hope.

At 26, he attained his dreams of becoming a sports reporter, anchor, and writer at ESPN. He promised his parents he would work there someday, and then made it happen. Today, he appears on ABC’s Good Morning America and works as a correspondent after taking a job as an intern.

From an intern in 2012 to a correspondent at @ABC News in 2019! Congrats to @ReeveWill – we're so happy you're here! pic.twitter.com/pHfWNOz3dk

Will is also an actor like his father and lent his voice to the film, Everyone’s Hero, a tribute to Christopher and Dana Reeve.