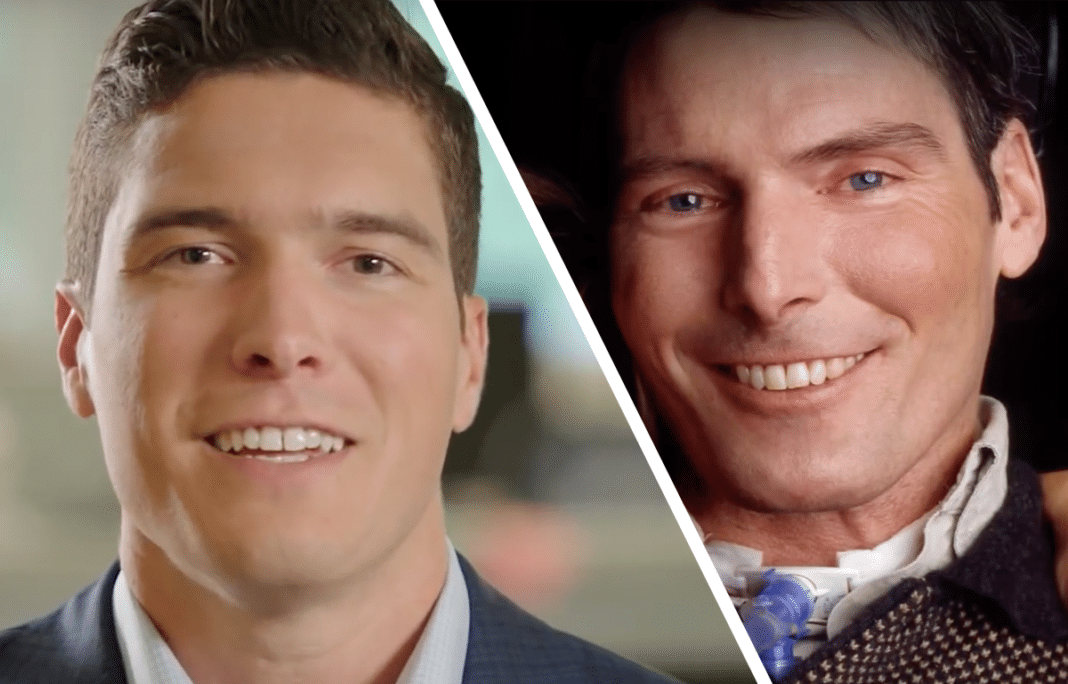 When Christopher Reeve, the famous Superman actor, died in 2004, nine years after a horseback riding accident that left him permanently paralyzed, it was tragic news around the world.

Then, fate dealt another cruel blow, as Reeve’s wife Dana, a non-smoker, died of lung cancer just a year-and-a-half later. Their 13-year-old son, Will, was left without a mother or a father. We can only imagine his grief, but now, in a letter to his younger self, he proves that his beloved parents have still made him the happy and successful man he is today.

Will is 26 years old, and has already attained his dreams despite enormous setbacks.

He found good news despite it all and knows his Mom and Dad are watching him today and would be so proud.

He counts himself lucky to have had the parents that he did, because without them he wouldn’t be where he is now.

“Dear Will, I have good news and bad news,” writes Will to his younger self.

If you have the time and interest, and want to learn about where I’ve been and how that informs where I’m going, tune into CBS tomorrow, Monday July 16th, at 8:30a ET on @cbsthismorning #notetoself

The bad news was beyond what most of us can comprehend:

“The bad news is, you’re at the lowest point in your life. You’re in a hospital room in New York City, and you’ve just said your final goodbye to Mom. You’re 13. She’s 44. Lung cancer. Never smoked. Gone.”

Reeve hit “a new bottom,” feeling “terrified, confused, and just so sad,” but then he reflects on the good news, with a smile.

“This is the low point. There’s nowhere to go but up, and that is exactly where you’re headed.”

The “good stuff,” which are memories of his loving parents, are always there. He gives examples, such as when Christopher Reeve taught him to ride a bike from his wheelchair.

“You trusted him so fully, that you just do it,” recalls Will.

He remembers how lucky he was that his mother had the wisdom to put him in the care of his next door neighbors when she passed.

“You’ll move in with them, and love them, as fiercely and fully as they love you,” says Reeve.

Although his life would face ups and down, and he would feel lost sometimes, he would have the support and love that he needed to reach his dreams with hard work.

Will Reeve attained his dream of becoming a sports reporter, anchor, and writer at ESPN.

He promised his mother and father that he would work there someday, and reflected on the moment he got the call that he was hired.

“When you get that call you’ll want to call them and tell them the great news, and of course you can’t, but you know that they already know,” says Will.

What I lack in accreditation I make up for in enthusiasm. My day as a @yankees Stadium tour guide on @sportscenter this weekend.

The love, loyalty, commitment, courage, perseverance, and hope that his parents showed him remain –always.

Will Reeve is living a life worthy of their legacy, working for a cure for spinal cord injuries on the board of the Christopher & Dana Reeve Foundation, but he’s also just being himself, and that’s what he thinks his parents would want him to do most.

“It sounds simple and clichéd, but just be you, because you are what will make mom and dad most proud,” says Reeve.

Thirty years ago today, in a small theater in the basement of a country inn in Massachusetts, a guy met a girl. Aren't we all so lucky for that?

Watch Will Reeve in the video about his inspiring note to his 13-year-old self below: