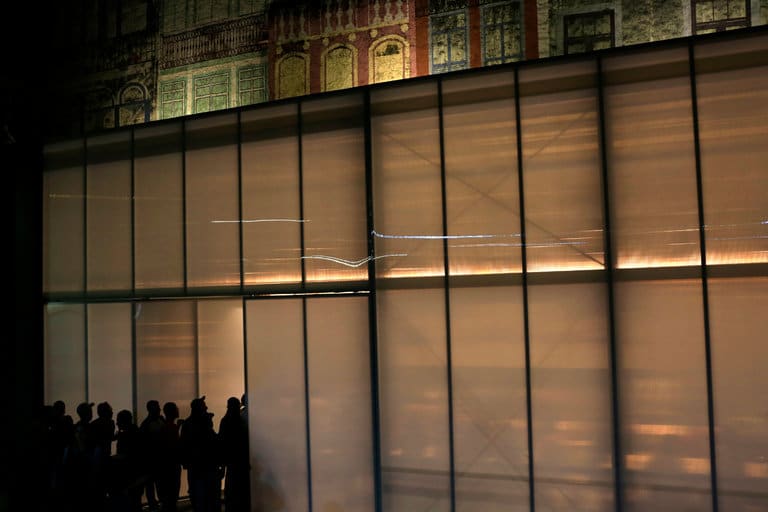 Consider what it takes to keep all those Olympian machines nourished and hydrated for one meal at the Rio Games: 250 tons of raw ingredients to fill the bellies of 18,000 athletes, coaches and officials in the Olympic Village.

Now multiply that figure by three — for breakfast, lunch and dinner — and again for each day of the Games.

On the other side of the Atlantic Ocean, the Italian chef Massimo Bottura also did the math and was inspired, not by the tantalizing dimensions of herculean consumption but by the prospect of colossal waste.

“I thought, this is an opportunity to do something that can make a difference,” said Mr. Bottura, 53, a fast-talking blur of a man whose restaurant in Modena, Osteria Francescana, recently earned the top award from the World’s 50 Best Restaurants.

On Thursday night, that something looked like this: In a fraying section of downtown Rio, a pack of the world’s most venerated chefs were rushing around a slapdash kitchen amid a crush of volunteers as they improvised a dinner for 70 homeless people.

All of the ingredients, most of which might have otherwise been thrown away, had been donated, as had the labor of the chefs and orange-aproned servers, some of whom had traveled to Rio from California, Germany and Japan.

The creators of this place, Refettorio Gastromotiva — refettorio means dining hall in Italian — hope it will change the way Brazilians, and the world, think about hunger, food waste and the nourishing of human dignity.

“This is not just a charity; it’s not just about feeding people,” said Mr. Bottura, pausing to pick up trash from the forlorn playground outside his new venture. “This is about social inclusion, teaching people about food waste and giving hope to people who have lost all hope.”

Read more about this inspiring chef and what he is doing for Rio’s homeless at The New York Times!