Casey Anthony in ‘denial’ of her past, considering parenthood over a decade after Caylee’s death 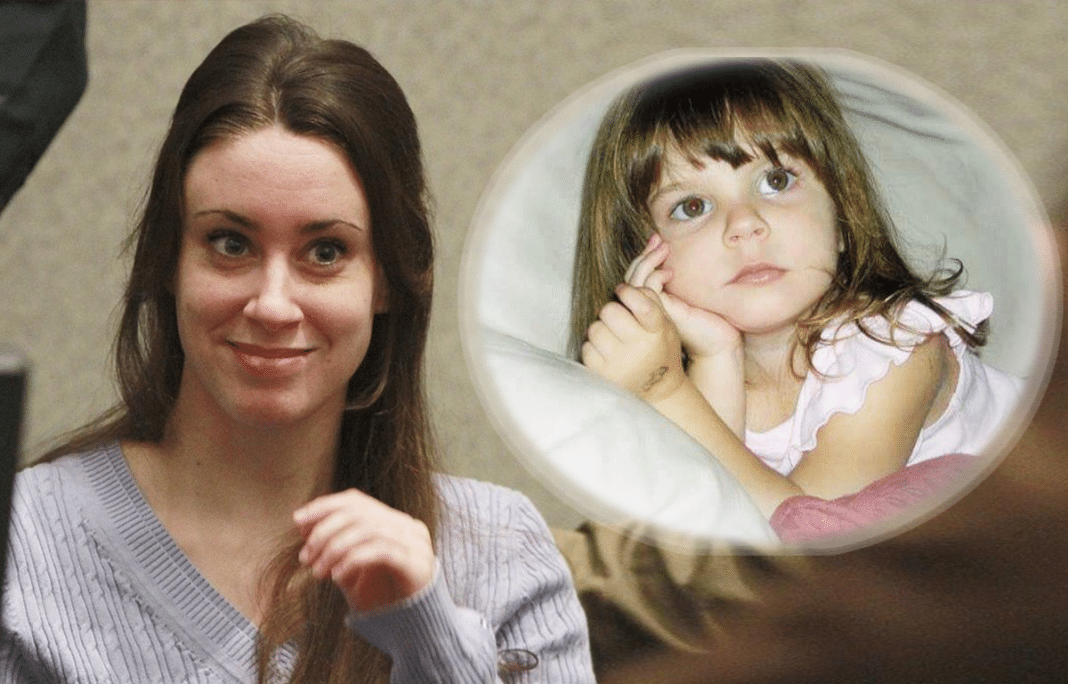 She’s been called “one of the most hated women in America,” but Casey Anthony is finally trying to return to a life of partying, dating, and possibly considering having another child. A source close to her says she is living in denial about her past, according to a report published on Friday.

“She’s fighting back,” says the source. “She used to avoid people, but now she calls them ‘psycho haters’ and is defiant about them.”

“She says things like ‘ugh, they just need to get over me.’”

The 33-year-old Florida resident became notorious after the death of her 2-year old daughter, Caylee in 2008. For some still unknown reason, Anthony failed to report her child missing for a full 31 days. Then, at the insistence of her mother, she came forward to police, sparking a search that generated worldwide attention.

Through it all, Anthony has always maintained her innocence, and disregarded her critics.

“I don’t give a sh** about what anyone thinks about me, I never will,” she once told the Associated Press.

“I’m okay with myself, I sleep pretty good at night.”

She was acquitted of murder and manslaughter charges in 2011, but her name has remained burned into the public consciousness, spawning countless documentaries and crime shows.

Why did she decide to lie to police, resulting in a conviction on four counts? Following her acquittal on murder charges, she became a pariah, and we still don’t know what happened to Caylee.

Investigators still seek answers as to what happened to Caylee Anthony a decade after her disappearance https://t.co/B8UTQDOLKp pic.twitter.com/6AdDxJnuI6

An ongoing lawsuit involves Roy Kronk, a former meter reader who found Caylee’s remains one-third of a mile from her family home. Kronk made his grizzly discovery six months after the child went missing. After Anthony’s attorneys suggested he might be the real killer, Kronk filed a defamation lawsuit that has been drawn out for years, regularly bringing the Anthony case back into the national spotlight.

If Kronk gets his way, Anthony will go on trial again and the story will be thrust into the media spotlight all over again. However, the court previously rejected a defamation case by Anthony’s babysitter, Zenaida Gonzalez. The suit claimed Anthony tried to frame Gonzalez by saying she kidnapped Caylee.

ONE MORE TIME – Roy Kronk will have his day in court and his lawyer can expose Casey Anthony's ridiculous story in front of a jury… its a defamation trial but it is about much much more… NO WHERE LEFT TO HIDE… stay tuned as we get closer pic.twitter.com/P9G1ixdM8Z

Meanwhile, Anthony’s parents have recently reignited interest in Anthony and what her life is like today, although they have little interaction with their daughter anymore. Appearing on Dr. Oz, the parents suggested that Casey may be open to having more children, something confirmed in a new article from PEOPLE.

“Knowing now that she could potentially possibly be a mom again, I hope she does better this time around than what she did last time. I hope whatever life she has left, that she makes something positive happen in her life,” George said.

The news that Anthony is open to becoming a mom again contradicts her 2017 AP interview in which she suggested it would be “dumb” to bring another child into the world.

“If I am blessed enough to have another child — if I’d be dumb enough to bring another kid into this world knowing that there’d be a potential that some jackass, their little snot-nosed kid would then say something mean to my kid — I don’t think I could live with that,” she said.

Today, Anthony lives and works in the south Florida home of one of the private investigators who worked on her case. An anonymous source close to her told PEOPLE:

“She believes she has done her penance,” says a source close to Anthony. “And now she’s partying. She’s dating around, meeting new people, and finally creating a social life.”

“She describes her old life as a ‘nightmare.’” the source continues.

“All of it: Caylee’s disappearance, the trial, her relationship with her parents. She lives in denial a lot of the time, pretending that everything that happened, didn’t happen.”

The Daily Mail noted that Anthony was spotted partying at a West Palm Beach bar for St. Patrick’s Day, where she was “living it up” with friends from late Saturday into the early hours of Sunday. Clearly, wherever she goes, Anthony is still under intense scrutiny.

If Anthony does decide to become a mother again, we know that the world will be watching with intense concern. Can Casey Anthony ever have a relatively normal life again? Or will the death of Caylee cast a cloud of suspicion around her for the rest of her days?

A view of the Caylee Anthony grave site #CaseyAnthony pic.twitter.com/WnAUTv4Pr5