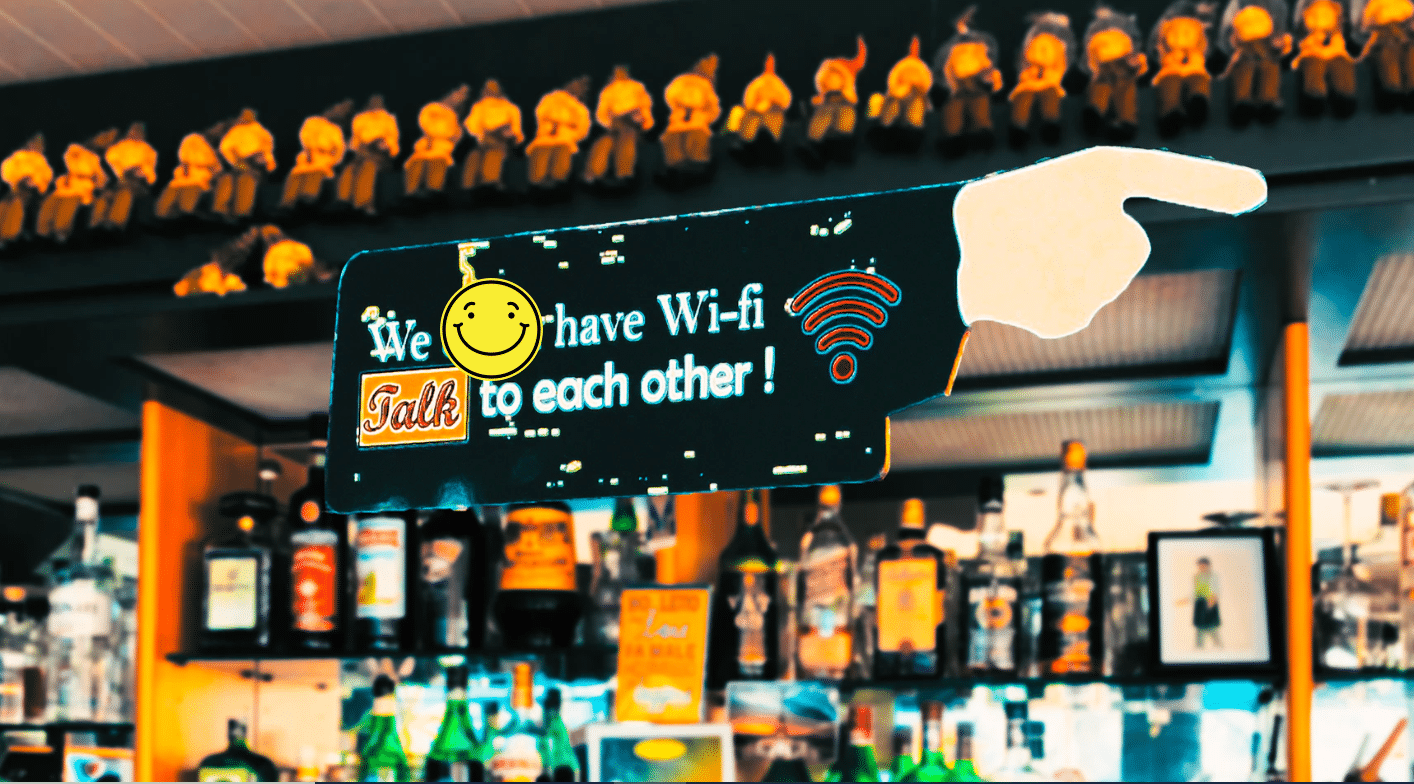 There is a famous book titled “Love in the Time of Cholera,” which brings me to our alternative title:[easy-tweet tweet=”Bar Hopping in the Time of COVID-19″ hashtags=”#CoronaVirusTruth #VirtualPub #VirtualBar #ShelterInPlaceParty” url=”https://sosharethis.com/virtual-bar/”] More specifically, the virtual bar scene (something previously fringe at best) has taken off. Just ask people like Joy Bowtell.

While about one-third of the world population (not the U.S., the entire planet) is under some form of lock-down to prevent the spread of the virus, people are missing their social gathering time. While people may have bagged on social media, it’s now our best way to connect.

Just like our person of note, 40-year-old Joy Bowtell, a former landlady has become a virtual pub-owner extraordinaire.

In just a week she took a Facebook pub group of her own and turned it into a virtual pub hotspot. She offered events like DJ sets, comedy nights, hosting live music, open mic nights, and quizzes. How well did she succeed? Meet her new “staff”:

People post snaps of their home "beer gardens" and selfies with drinks, while a team of "bar staff" run the page https://t.co/16ek44iFgt

It grew so fast, she needed to bring on people to keep it running, for the 14,500 guests.

But, she’s nowhere near the only one doing this. In fact, there are plenty of articles out there teaching you how to do present your own virtual bar, virtual happy hour. And praising the perks of having virtual pubs. Stick around, we’ve got more to show you!

Many of us, around the world, are missing our normal nights out. As much as many of us may have hated the entire process some nights, it’s becoming clear that those long lines and expensive drinks are something we miss.

Had intermittently successful virtual afterwork drinks this evening with some of the gals. Nice to see faces,the bar staff (me) were generous & speedy but it’s just not the same.I’ll never take queuing for ages for an overpriced gin & tonic in a smelly pub for granted ever again. pic.twitter.com/pVmSwNPUdq

While trying to recreate the experience virtually may not be working for everyone, people like Bowtell have stumbled into really successful groups. Bowtell’s Facebook group was made to allow people to keep contact in her area, who knew of the pub she used to run, The Noel Arms in Melton Mowbray.

Less than a week later, her virtual bar has a waiting list of 3,000 members, and fans from the U.S., Australia, and many other countries.

According to the Good News Network:

The flood of visitors has forced the mum-of-two to enlist the help of international staff members to keep her customers entertained when she goes to bed.

She currently has a team of ten made up of “bar staffers”, who talk to customers, and “bouncers”, who moderate the people allowed into the pub.

The Virtual Pub, or Hope Inn, has been offering different events. They’ve done virtual comedy nights through Skype, and virtual Quizzes using Facebook live video. Allowing for real-time interaction while enjoying a cold one (or two) from home is even more popular than many had imagined.

Not just for the esteemed Ms. Bowtell, either. There are a bunch of people hopping on the bandwagon, providing everything from virtual craft beer tasting to Trivia addict’s weekly fix of games. If you want to get into the virtual bar scene, there’s likely something coming to your area, because if you really want it, you can create it yourself!

This couple, Trish and Scott Barnes, tired of missing out on their normal activities, hosted a virtual bar for St. Patties that made their local news:

And, these enterprising partiers put together a virtual shelter-in-place party, promoting the USBGFOUNDATION.ORG. The group raises funds to help bartenders in need. A good time, for a good cause.

Hosting Your Own Virtual Bar

You can pull this off in many different ways. Joining an existing bar group, like the Virtual Pub, is a great option. Here are some ways to get one rolling for yourself.

For Facebook users, a Facebook live event is something you can share with your family and friends as you have your own bar nights. They can interact in the comments.

Also on Facebook, you can create a group, to control who is allowed in your virtual vice den, much like our first heroine has done. Groups can be very engaging, sometimes overwhelmingly so, so you may want to go into it with a few trustworthy friends.

Skype offers group calls, which means you can have real-time interaction with your fellow patrons or customers.

Try filming, or going live, on Youtube. You can interact with your patrons in the comments section, and the later recording may well garner a few views for your account. No time like the present to finally get serious about your drinking with YouTube… here’s how to make an account.

Finally, we list ZOOM, which is a paid service (if you want to meet for longer than 30 minutes at a time, that is) that creates virtual meeting rooms for businesses. They do offer free signup. If you have a small business account already, or have the resources to create one, a Zoom meeting could very well function as a virtual bar.

And finally, if you are feeling like you just don’t have the skills, you can get some virtual education. If you want to become a real-honest-to-goodness virtual bartender, and you have VR gear, believe it or not, you can.

What are you waiting for? Start a virtual pub night for you and your friends! You never know what will come of it! Let us know down in the comments what your favorite new activity or virtual bar is.