She Buys Food For Homeless Man, Then Woman Says Something That Leaves Her In Tears 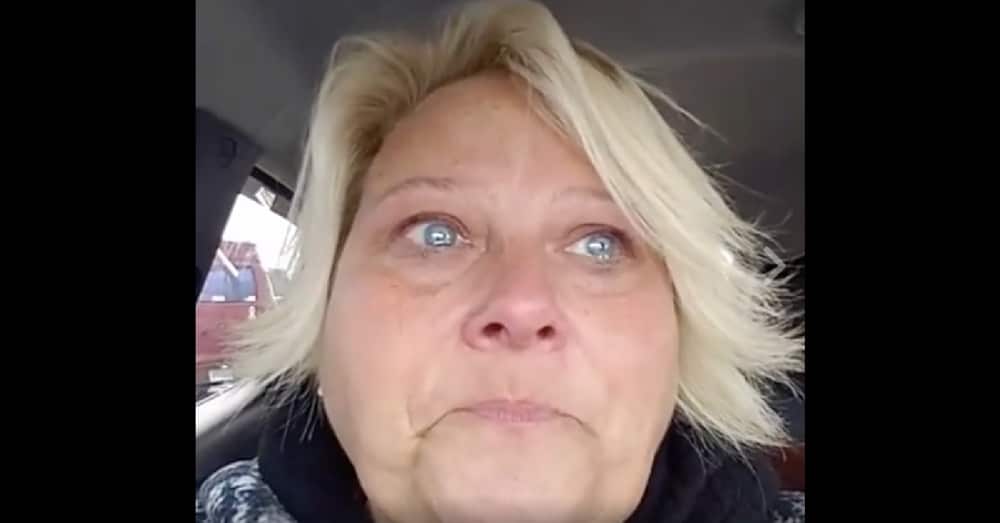 “In case you’re wondering, or maybe today you’re doubting about God’s still, small voice, I want you to know that He is alive and He is well and He is willing and able to speak to your hearts.”

So begins a live video posted by Tammy Lyons Wilkinson about an incredible experience she had at the grocery store recently. She was so overwhelmed by what had happened that she rushed to her car to share it with her friends. She had no idea that her inspiring experience would immediately go viral, touching hundreds of thousands in just a couple of days!

Tammy was headed into the store to pick up some groceries when she noticed a homeless man sitting outside, bundled up against the chill of an Indiana winter. As she walked past him she said she heard the voice of Jesus say to her, “He loves bananas.”

She thought it was a little strange, but she headed over to the produce section to pick up a bunch of bananas for the man.

As she did so, she felt another tugging on her heart telling her to get him some protein. She grabbed a few non-perishable items that he could store in his backpack and then noticed the deli section. She thought it would be such a blessing for him to have some warm fried chicken on that cold winter’s day.

As she started to head toward the deli, though, she felt God telling her not to get him chicken.

“He needs protein for his backpack,” she heard the voice tell her. “He needs it for later.”

Tammy fought with the voice at first, but then decided to listen and just get the man the non-perishables. She headed to the register with her items and separated out the food for the homeless man.

Then she walked out of the store and gave him the items, telling him, “Merry Christmas! God bless!”

Right after she did so a woman behind Tammy told the man, “Today must be your lucky day!”

Tammy saw the man perk up, then heard the woman tell him something that left her completely blown away! Click below to hear Tammy tell the story of what happened next.

“I went back and I got you some fried chicken,” the woman told the homeless man. “It’s still warm if you care to eat it now, and there are some napkins in there for you.”

God knew exactly what this man needed, and he had laid specific instructions on the hearts of each of these women so He could use them to supply the man’s needs!

“Our ways are not his own, but trust me today, folks – He is alive, He is well, and He loves you, and He wants to speak to your heart like you’ve never been spoken to, and He wants to love you like you have never been loved. Give Him your all today and He will absolutely give you everything He has.”

“Even though this man – he is homeless and he is wayward and he is lost in this world – that even God still watches out for him.”

Were you touched by Tammy’s inspiring encounter? So share this!