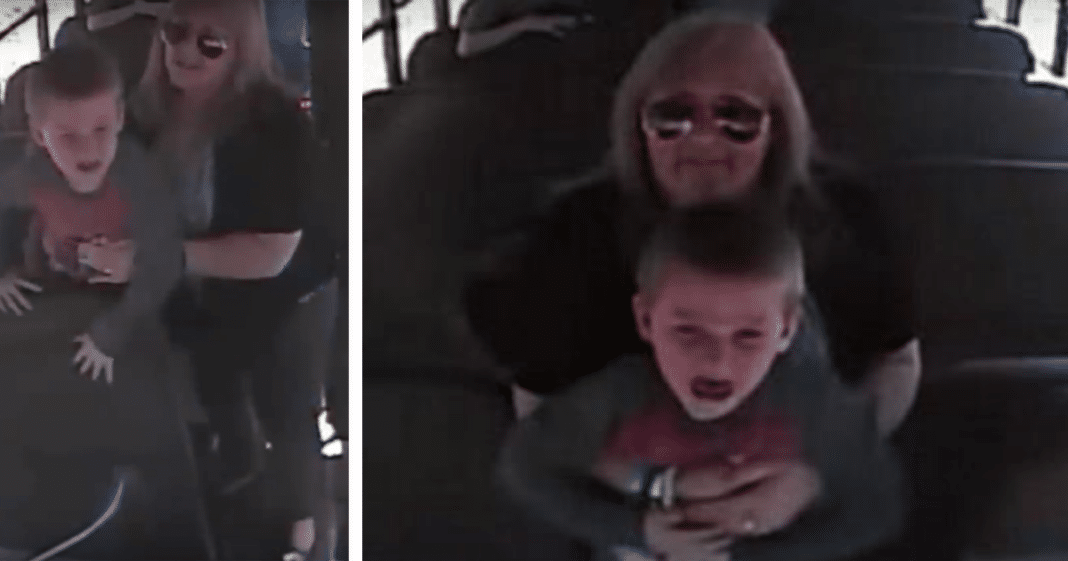 An Oklahoma school bus driver, Ginger Maxville, was finishing up her afternoon route for Mannford Public Schools. Suddenly, she would find herself drawing on skills she had learned 17 years before that would make all the difference in the world for a 5-year-old passenger.

The young boy, who was riding with his sister, started being disruptive, standing up in his seat and making strange noises. At first, Maxville thought he was horsing around.

Then his sister said:

“I think he swallowed a coin.”

The bus driver was shocked but then her instincts kicked in. Reacting in seconds, she immediately parked the bus on the side of the road and leapt into action.

“I made sure the bus was secure, went back and grabbed the student,” she said. On the video, Maxville could be seen pulling the boy off the seat and into the aisle and then administering the Heimlich maneuver. “He was just red and just gasping for air,” she said.

Maxville said she hadn’t used Heimlich maneuver in her 17-year career before the incident in April 2016. Somehow, after all that time, she knew exactly what to do. The source of the problem was a penny that the child had put in his mouth, but soon it dropped out onto the floor.

“It was just God working through me but I’m just glad we got it done,” she said.

Following the release of the surveillance video, the school bus-driving “she-ro” became an example for the entire school district. The superintendent shared the video with other schools so they could learn what to do in such choking emergencies.

The next year in September 2017, a school bus driver from Hebron Kentucky, Rod Price performed the Heimlich maneuver when a fifth-grade student started choking on his bus. This time to child managed to choke on a mint. Price told WCPO that he didn’t have time to think, leaping into action just like Ginger Maxville. Price saved the boy, whose father said he would have lost his son “if it wasn’t for the actions of the bus driver.” 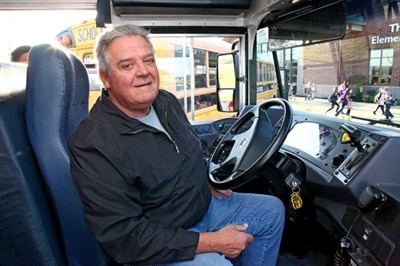 A year later, in May 2018, a school bus driver from Thornville, Ohio, Jean McKeag became a hero when first-grader Quade McCance, started choking.

“He sits right behind me. You could obviously tell that he was choking,” said McKeag, who has been a school bus driver for the last seven years. “I got him out of his seat, tried to study what was going on with him, and I just did the Heimlich maneuver gently, just enough to where I got him to gag.” That dislodged what students told McKeag was a piece of WarHeads hard candy.

McKeag learned the Heimlich maneuver just a handful of weeks before the incident occurred as part of a CPR class. When the students on her bus alerted her that the boy was choking, she knew exactly what to do.

“I remembered what we went through with the class, and what was on the video, and just put it into play,” she said.

As a result of saving Quade’s life, the school supervisor decided to offer CPR training for the district’s transportation department on a more regular basis.

The child’s mother, Jessica McCance, thanked the bus-driving hero in a letter to the school district.

“She and the kids on the bus were our heroes that day, and I can’t thank her enough for reacting so quickly and helping Quade like she did,” McCance wrote in the letter. “It takes a village to raise a kid, and I’m so happy our village is Thornville and the Northern Local School District. Today, May 11, we celebrate Mrs. Jean McKeag.”

The thankful mother also gave the bus driver a bouquet of a dozen roses and a gift card to Subway on the day of the incident. 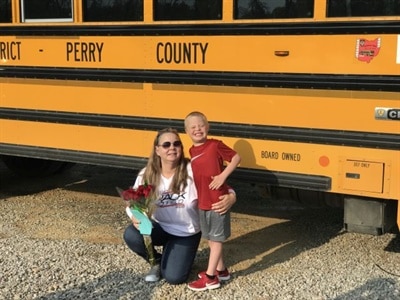 Let’s hear it for these heroic school bus drivers for taking such good care of America’s children. Every day they are responsible for the safety of their precious cargo. When the unexpected happens, their quick-thinking and training can make all the difference for countless lives.