Bullies Cover Dog In Glue And Leave Him For Dead, But Watch What Happens When Rescuers Come… 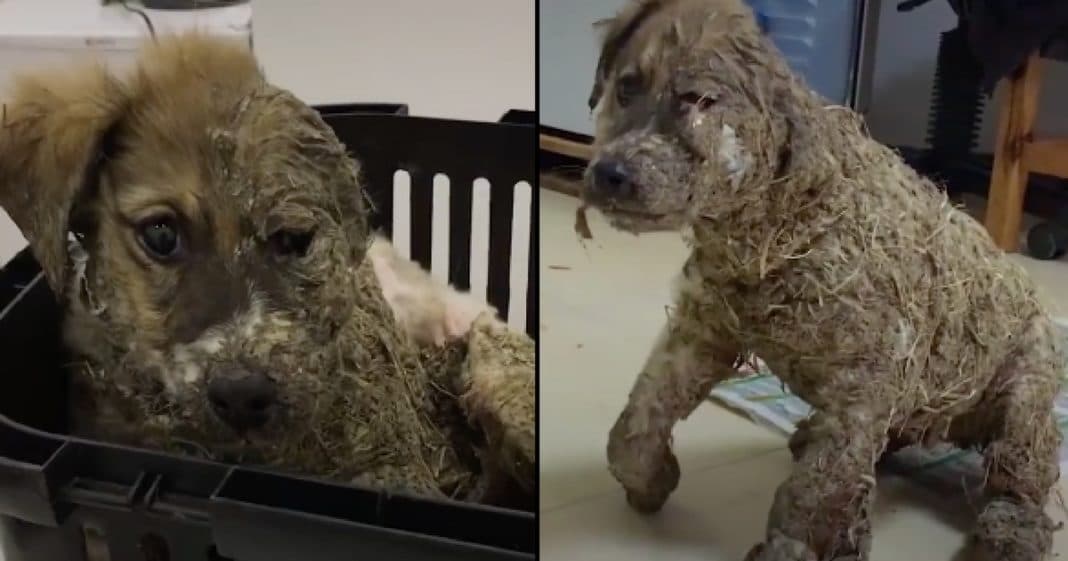 Every time I read a story about someone abusing an animal I feel sick. No one should ever show cruelty to anyone, but how someone could treat an innocent creature – one full of nothing but love and kindness, no less – in such a horrific way is unfathomable to me.

Such was the case when I first saw Pascal.

A gang of heartless kids in Turkey had tortured the four-month-old puppy by coating him in industrial glue and dragging him through the mud before leaving him for dead.

When rescuers from He’Art of Rescue first found Pascal abandoned inside a box, he looked almost like a statue. The effects of the glue, as well as his fear, left him barely able to move. One of his ears had even become necrotic because the bullies had put so much glue on it that it was starved of blood.

“Pascal was in a miserable state when I first saw him inside that box,” said Nur Rima Yola, founder of He’Art of Rescue. “He was not moving, he had frozen, very scared and very traumatized.”

They didn’t know if Pascal was going to make it, but they knew they had to at least try. Very slowly and patiently they began to cut and shave Pascal’s matted fur, trying to get rid of all the dirt and glue.

The harsh chemicals in the glue had caused extreme skin damage and Pascal had to undergo a series of medical baths to aid in his recovery. They also discovered that he had contracted the canine virus parvo.

“After the glue had been removed, he stood in shock for one day. He was even turning his back to hide when he saw people,” Rima said.

Though things didn’t look good for Pascal, his rescuers quickly discovered that this little pup was a fighter. Less than a month after being rescued, Pascal looked like a brand new dog! His fur was growing back and he was trusting people and making friends.

“He is doing better, slowly getting used to the staff in the clinic where of course love is being poured towards him,” Rima said. “He especially bonded with one of the doctors who is in charge of him, Hasan Akin. They are best buddies.”

While Pascal still needs a lot of care and attention, his rescuers are confident that he is going to be okay.

“Pascal’s broken spirit is being attended too,” Rima said, “cuddling time, spoiling, TLC… We will continue doing whatever is required to mend everything that fell apart in him.”

While there is no word yet on what happened to the heartless bullies who committed this heinous crime, our hope is that they will be brought to justice for what they did to Pascal.

Do you want to see justice for Pascal? So share this!