Bride Wears Grandma’s 150-Year-Old Dress, Then Cleaners Tell Her They’re Auctioning It Off 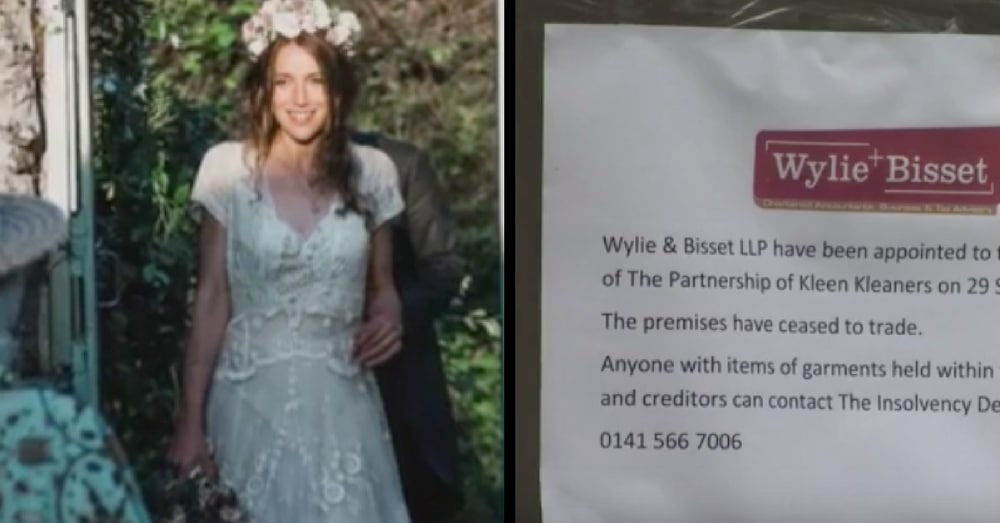 When Tess Newall walked down the aisle to meet her groom, she wasn’t walking alone. Instead, she carried the traditions and memories of 150 years of her family’s history.

The dress Tess wore that day had been carefully handmade by her great-grandmother in 1870, and the family had taken great care to preserve it all these years. The dress was an incredibly special part of the family’s history, and they looked forward to passing it on even further down the line.

After the wedding, though, something awful happened that was beyond Tess’ imagination. She dropped the dress off at the cleaners to get it freshened up, but when her parents went to pick up the dress they found the store boarded up and a sign on the window that said it was permanently closed. The items left inside would be auctioned off.

Tess was heartbroken, but she was also determined to get the family heirloom back. She put out a plea on Facebook to see if there was anyone who could help her in her search.

“It seems that the dress was taken to be sold so it could be winging its way anywhere,” Tess wrote. “Please share this far and wide in case anyone stumbles across it! I realize there are far greater issues in the world, but it means the world to us. More family memories need to be woven into its threads.”

Tess had no idea if anyone would see the post, but much to her surprise her plea quickly went viral. It even reached the landlord of the building where the cleaners had been.

The landlord decided to go into the building to see if anything was still there. Shortly after, Tess’ parents received a phone call that left them stunned.

“My parents received a phone call this afternoon from the landlord of the property where the dry cleaners is, whose nephew had read about the dress,” Tess shared. “He really searched and he found a pile of old lace which he realized was what he thought was the dress.”

Tess’ parents rushed to the cleaners to see if he had found the right dress, and there it was, still uncleaned and with its ticket!

Thankfully the dress is back with its rightful owners, ready to carry on its family duty when the time comes again.

Were you happy to see Tess reunited with the special dress? So share this!