Paralyzed Bride Goes To Meet Groom. But Then He Looks Down And Sees The Last Thing He Ever Expected 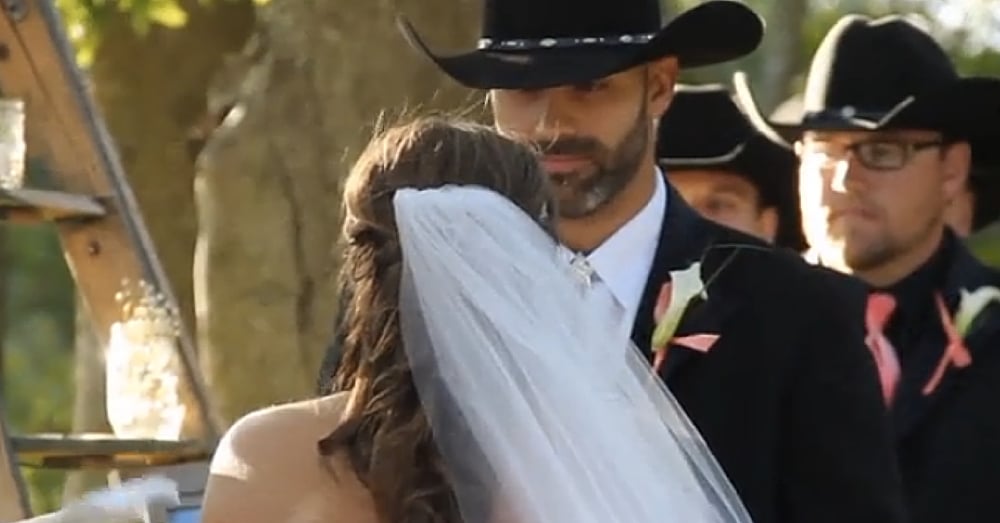 Life was going “perfectly” for Gina Springhower. At 21 years old she was running her own gymnastics business, doing well in college, and had a great group of friends. Then, in seconds, everything changed.

Gina made the decision to get into a car with a friend who had been drinking. The car jumped a curb and flipped and Gina flew through the window, breaking her back in the process. She was now paralyzed from the waist down.

Gina went from being an active and independent woman to a “21-year-old infant,” but she never lost her drive or her passion for life. She told doctors she wanted to be able to go back to teaching tumbling, and they worked alongside her to help her reach that goal.

While things were going well and Gina was getting stronger, she thought there was one thing that would always be missing from her life – love. When she told her dad this it broke his heart, but he encouraged her that one day she would find someone who didn’t see her disability, but actually saw her.

He was right. Gina met John and the two of them fell in love, planning to get married in September 2014. The day was already a beautiful one, but Gina had a surprise for John – and the rest of their guests – that no one saw coming.

Click below to watch the incredible and emotional moment for yourself!

Were you touched by Gina’s sweet surprise for her groom? So share this!