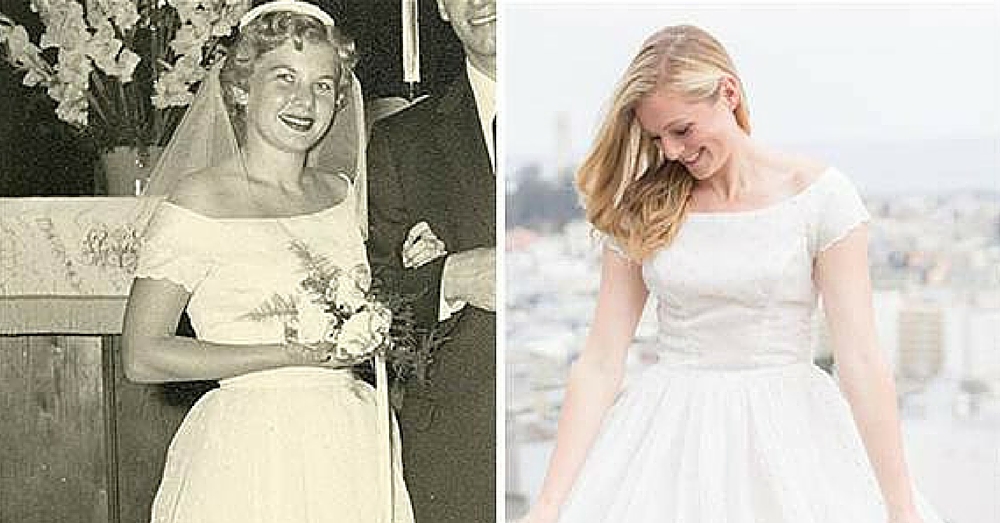 As a young girl, Shanna Wagnor would stare at her grandmother’s wedding photo and fantasize about wearing the same gorgeous gown on her own big day.

When it came time to plan her June wedding to Sean Lewis, she realized she wanted her own dress, but thought about ways to incorporate her grandmother’s gown.

“I thought about possibly wearing her dress to my bridal shower, but then decided to take my engagement photos in it instead. That way, I’ll be able to have something to cherish forever,” Wagnor, 28, told TODAY. 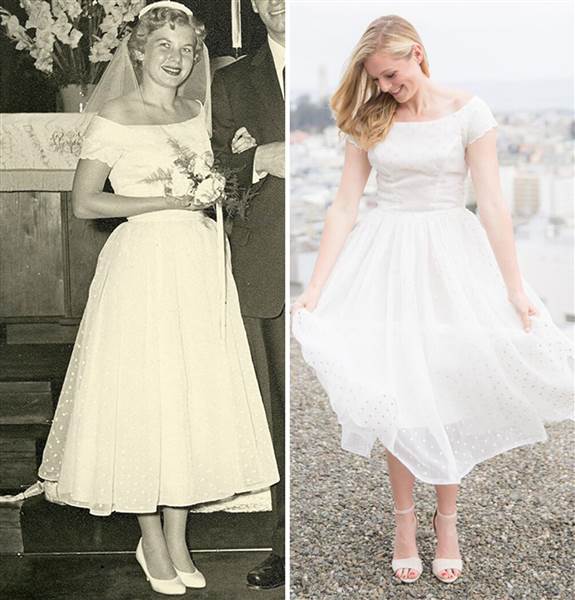 Over this past holiday season, Wagnor approached her grandmother and asked if she could dig out the old dress and have it altered.

Since the dress has been hanging in the closet of her grandma’s San Francisco home since her 1955 wedding, she was thrilled to hear someone was going to get use out of it. (Though Wagnor kept the photo shoot a surprise.)

On Oct. 15, their wedding photographer, Lori Paladino, accompanied the couple onto the roof of their apartment building, which has breathtaking views of San Francisco. 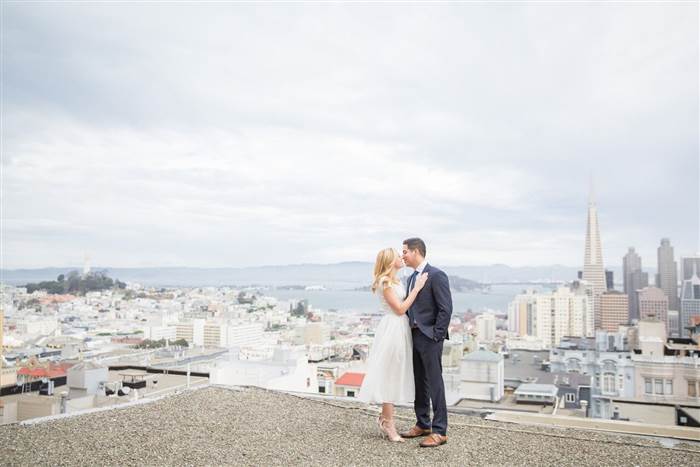 Shanna Wagnor and Sean Lewis taking their engagement photos on top of the roof of their apartment building, overlooking San Francisco. Courtesy of Lori Paladino Photography

“It was such a fun and special day,” Wagnor said. “I felt like I was playing dress up and it was a perfect dress for twirling.”

“It looked like one of those dresses little girls picture a princess wearing,” Paladino told TODAY.