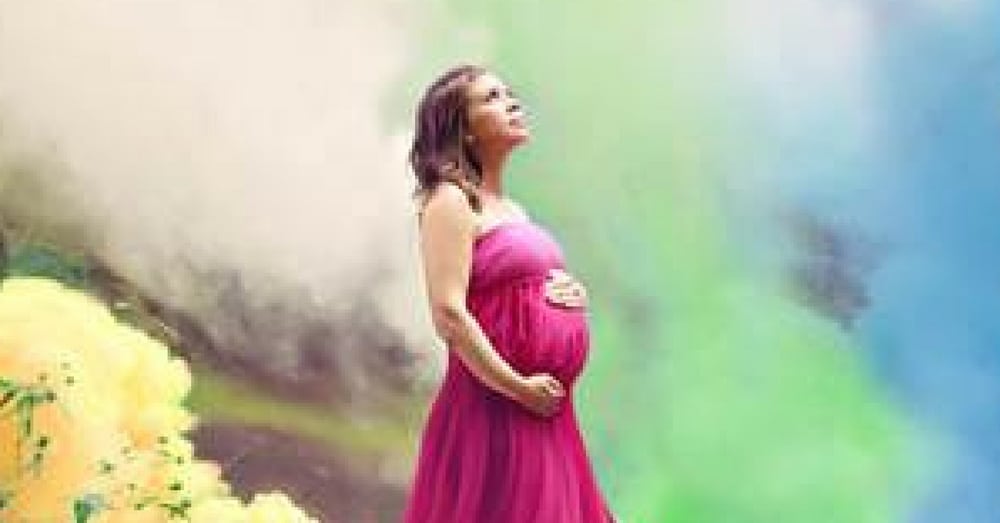 Kevin and Jessica Mahoney had no trouble at all when they conceived and had their first child, son Corbin, now 4. But when they tried to give Corbin a sibling, they suffered loss after unexplained loss, leaving the Mahoneys and their doctors in Hartford, Connecticut, frustrated and baffled. “We went to a fertility specialist, and they did all the genetic testing, but they couldn’t explain it. They couldn’t find anything wrong with either of us,” Kevin Mahoney told TODAY Parents.

Just as the Mahoneys started to look into adoption, they found themselves pregnant again — and this time, the pregnancy progressed; Jessica is due on November 11. One day in August, Kevin Mahoney asked his neighbor, professional photographer JoAnn Marrero, if she might consider taking his wife’s maternity photographs, and Marrero said yes. She immediately began planning, and the result of the shoot was breathtaking. 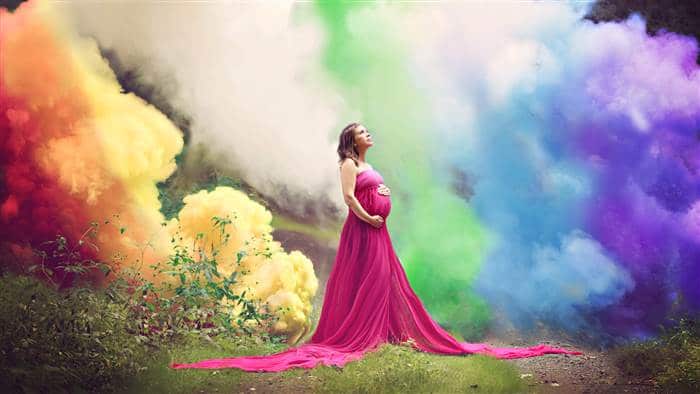 Jessica Mahoney in the photo that celebrates her “rainbow” baby after six miscarriages. Courtesy JoAnn Marrero and Mary Maloney

“Jess wanted something rainbow-inspired because of the many fertility struggles she and Kevin had encountered, and so I knew I had to do something extra special for her family,” Marrero told TODAY Parents. “My vision for part of their session was to create our own rainbow with colorful smoke bombs.” Couples who suffer from miscarriages and infant loss often call the babies that come after such losses “rainbow babies,” because rainbows come after rain.

Read about how Marrero created this incredible shot at TODAY.