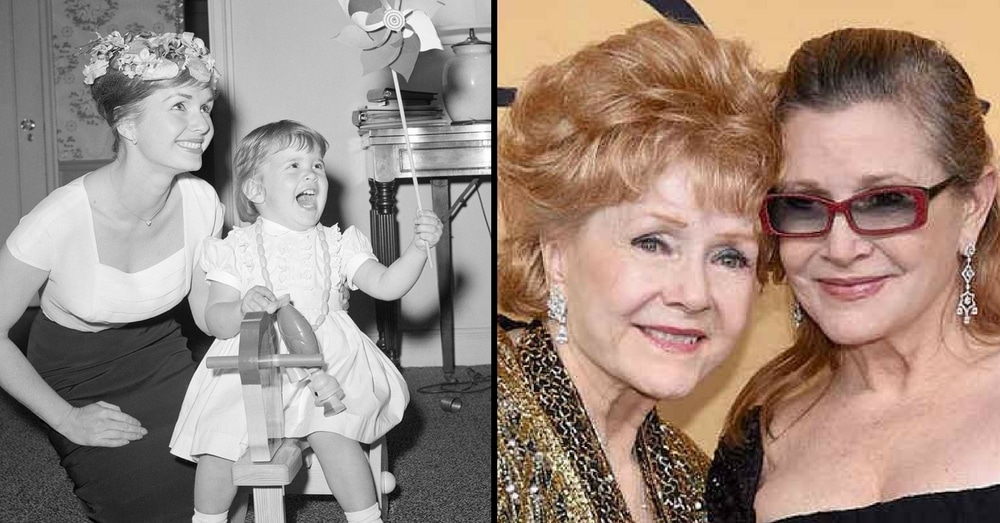 The world stood in stunned silence when it was announced that actress Carrie Fisher, most beloved for her role as Princess Leia in the Star Wars franchise, had passed away after suffering a heart attack while on a flight from London to Los Angeles.

Heartbreakingly, after learning of her daughter’s death, Fisher’s mother, actress Debbie Reynolds, was overcome with grief and suffered a stroke. We have just learned that Reynolds has also passed, just one day after her daughter.

TMZ has the story:

Debbie Reynolds — who rose to stardom in “Singin’ in the Rain” and quickly became a staple among Hollywood royalty — died Wednesday as a result of a stroke, TMZ has learned … just one day after her daughter Carrie Fisher passed away … this according to her son Todd.

Debbie was rushed to a hospital shortly after 1 PM when someone at the Beverly Hills home of her son, Todd, called 911 to report a possible stroke. We’re told Debbie and Todd were making funeral plans for Carrie, who died Tuesday of cardiac arrest.

Debbie famously divorced Eddie Fisher in 1959 after his affair with Elizabeth Taylor.Debbie married 2 more times in 1960 and 1984.

She played iconic roles in “Tammy and the Bachelor” and “The Unsinkable Molly Brown” … for which she earned an Oscar nomination.

Carrie’s relationship with Debbie was the focus of Carrie’s semi-autobiographical book, “Postcards from the Edge,” which was later adapted for the big screen, starring Meryl Streep and Shirley MacLaine.

Debbie’s survived by her son Todd, who tells us, “She’s with Carrie.”