Boy Tries To Save Sister From Spanking, But What He Tells Mom Next Has Her Rolling With Laughter 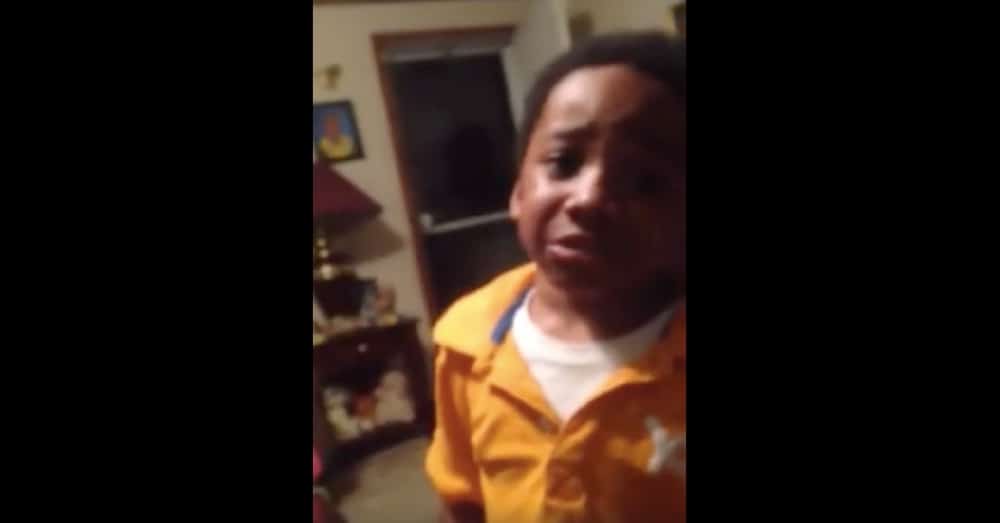 This video brought back so many memories of my childhood that I just couldn’t help but laugh! I remember so many times that my brother was annoying me or being mean. I would get so angry with him and would go tell my mom or dad what he was doing, hoping that he would get the punishment he deserved.

However, more often than not, once I saw that he really was going to be punished I would change my tune and beg my parents not to discipline him.

That’s the funny thing about siblings – you can go from love to hate and back to love in no time flat. I guess it was just those protective instincts kicking in.

This little boy knows exactly what that’s like. His sister had been being mean to him and he told his mom about it. However, when his mom told him she was going to punish his sister, he immediately backtracked and started saying that she hadn’t actually done anything to him.

Even when his mom started listing off her offenses, this little boy wouldn’t give in.

“Are you sure?” his mom asked incredulously, but he just nodded his head.

As his sister walked over he told her to be good and then grabbed the bag of M&Ms she was holding to try to bribe their mom out of the punishment.

Then he gave his mom one final excuse for his sister’s behavior that you’ve just got to see. Like his mom, you’ll find it hard to keep yourself from cracking up at his theatrics!

Did you find this video as sweet and hilarious as we did? So share this!