Boy Late For School But He Freezes Outside Doors. When I Saw Why…Wow 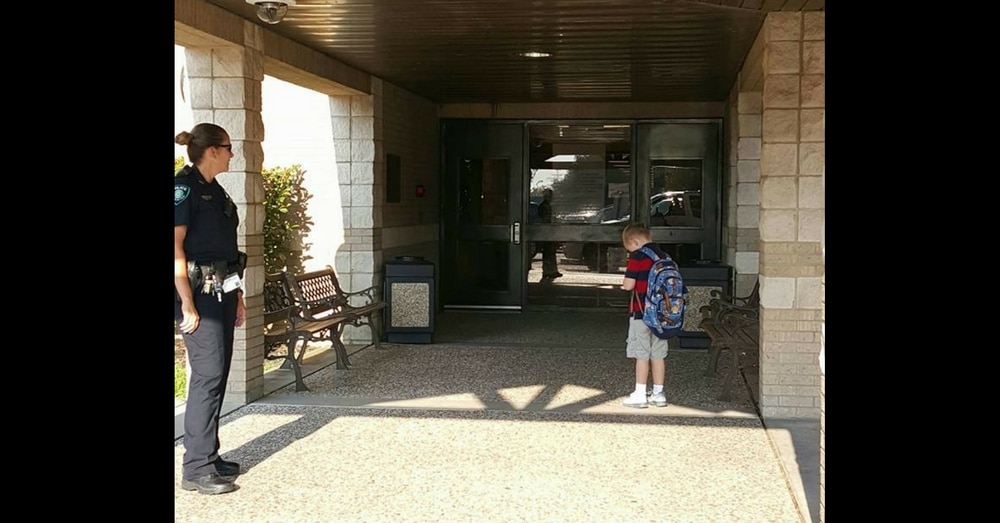 In a post on Facebook, Royce’s mother, Heather Nelson, explained what her patriotic son did when she dropped him off for school on Thursday.

He was running to get into school – because he was late – when suddenly he stopped.

As other kids rushed around him to get into the school Nelson noticed her son frozen in place.

“Royce..go..go,” she told him as kids whizzed past, but he wouldn’t move.

As she approached a police officer, Cibby Moore, put her hand over her heart and said, “Mom he’s doing good. He stopped for the Pledge of Allegiance and now he’s praying,” since prayer is not allowed in the school.

“I said a prayer,” Royce told Fox 26 before reciting his prayer. “Thank you God. Thank you for giving me a wonderful day.”

Read more about this inspiring young boy at BizPac Review.