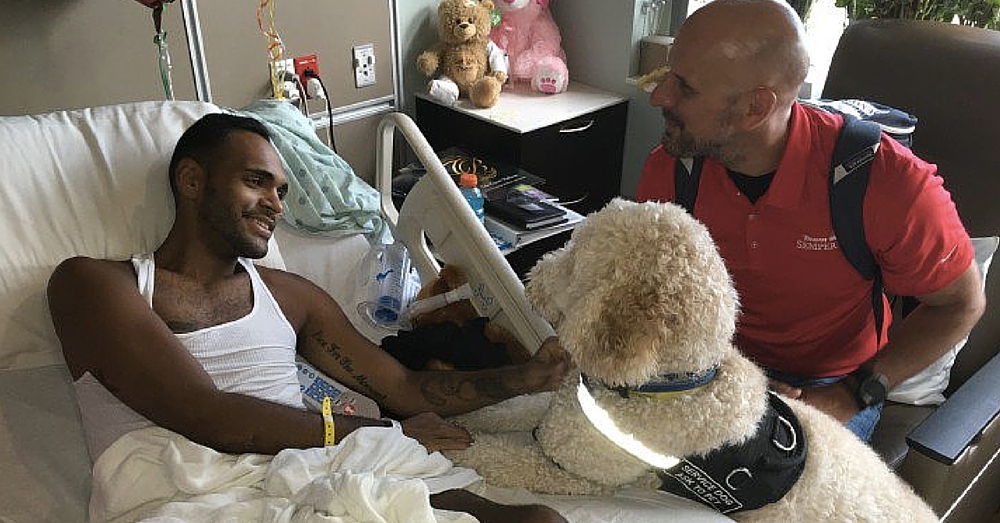 Over the weekend, 10 of the victims of the bombing went to Orlando to visit with some of the shooting victims, sharing the strength, support, and insight that only people who have been through a similar experience could provide.

The visit was set up by Orlando Mayor Buddy Dyer’s office, and businesses like JetBlue, Uber, and AirBnB helped make it happen.

“It’s a lot of talking, learning about their families and where they are all from,” said bombing survivor Dave Fortier. “We are able to relate on a scale some folks may not be able to do. We are showing them some of the things we learned.”

“There’s post-traumatic stress and it helps to talk with someone who has been through similar situations,” said Corcoran, a double amputee.

“People who try and spread hate — it does the exact opposite,” she added. “It brings together strangers and we are more tolerant of people. What happened was horrific and should never have happened, but in their memory we choose to be nice to someone else, to pay it forward.”

The survivors spent time sharing about their experiences and even exchanged contact information so they can meet up again. Two of the bombing survivors – Eliza Gedney and Michelle L’Heureux – invited shooting survivor Rodney Sumter to join them at the Boston Marathon next April, and he said he wants to be there.

The visit brought a lot of comfort and support to the shooting victims who still have a long road of recovery – both physical and emotional – ahead of them. It helps to have people who have walked through a similar situation there who can provide an understanding ear and helpful advice.

“You are Orlando Strong, we are Boston Strong,” Sydney Corcoran told Colon. “We are family now.”

Were you touched to see the Boston bombing survivors reach out to the Orlando shooting victims? So share this!