Blind Man Able To See Wife For 1st Time. His Reaction Leaves Her In Tears 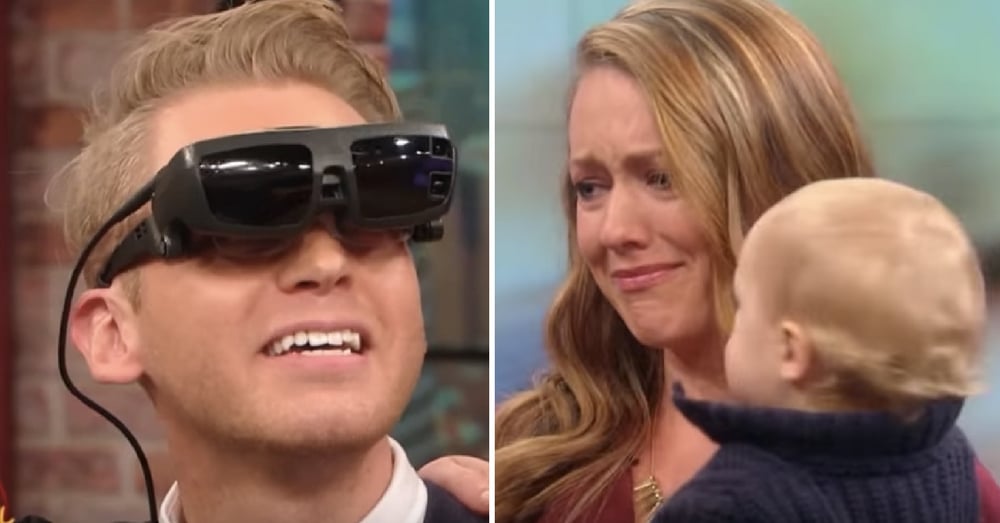 Gene Purdie was born with Stargardt disease, a form of macular degeneration that leads to vision loss. While he has always had it, he wasn’t officially diagnosed with the disease until he was almost 16 years old.

As a result of Stargardt, Gene’s central vision is very blurred. His peripheral vision is okay, so he has to piece together his vision of the world with the little bits he can make out at a time.

When Gene met his wife, Joy, the disease had already progressed enough that he was never able to clearly see her. The two were later blessed with a son, but Gene has never been able to see him either.

The couple had come to terms with Gene’s blindness, knowing there is no cure for Stargardt, but then one day Joy saw something on TV that changed everything.

When Joy saw the woman finally able to see again she knew she had to do everything in her power to give Gene the opportunity to use the glasses. She wrote into The Rachel Ray Show, and they invited Gene and his family to come on the show!

I don’t think there was a dry eye in the room when Gene looked at his bride for the first time. His first words upon seeing her say it all. Click below to see the emotional moment for yourself:

Were you touched watching Gene finally be able to see again after all these years? So share this!