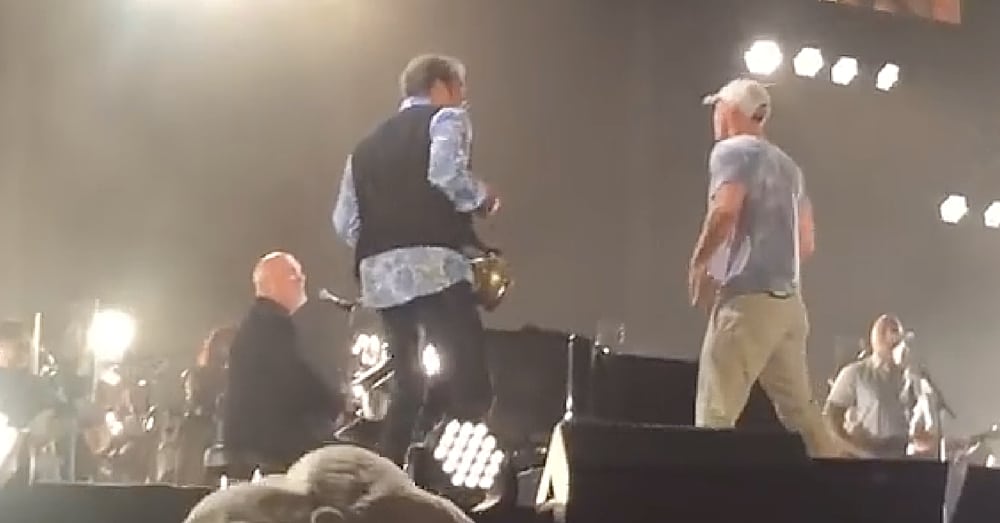 On the eve of his sold-out July 2nd show at Pittsburgh’s Heinz Field last weekend, Kenny Chesney headed a half mile down the Allegheny shoreline to PNC Park, where he joined Billy Joel during the tail end of the piano man’s own Steel City gig on July 1st.

Chesney took the stage during Joel’s encore, turning “You May Be Right” — the 26th song of the marathon, 140-minute set — into a driving duet. It wasn’t the first time a country star took a stab at “You May Be Right,” whose roadhouse roots-rock sound has inspired covers from Garth Brooks, Keith Urban and others. This time, Chesney and Joel shared vocal duties, with each singer taking a verse before teaming up for the chorus. As the song wound its way to a close, Joel flipped into his falsetto range for a snippet of Led Zeppelin’s “Rock and Roll,” while Chesney looked on in admiration. Watch the audience-shot video above.