Babysitter Lies About Robbery, Then Smart 4-Year-Old Rats Her Out To Police 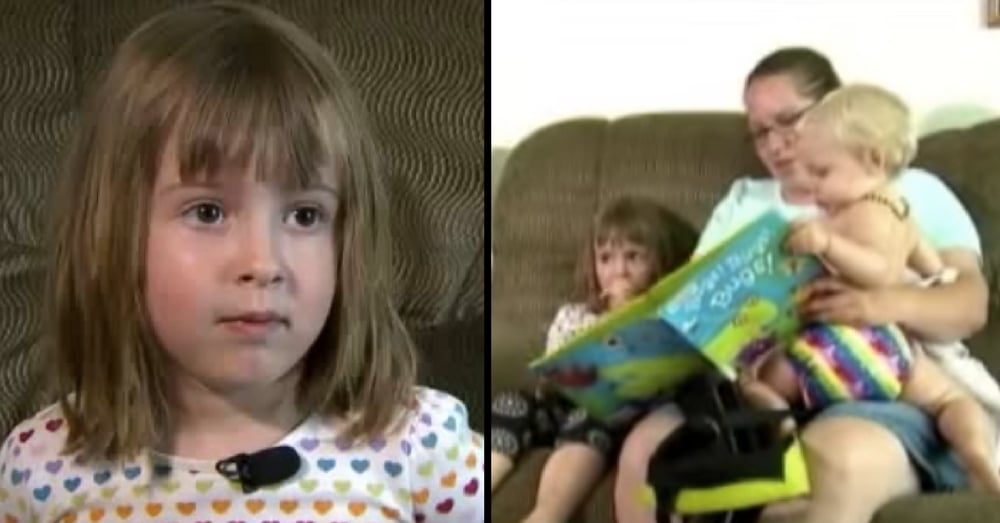 Four-year-old Abby was home with her little brother and 17-year-old babysitter when two men broke in through the back door. They told the babysitter and the children to get out of the house so they could steal things.

“Wednesday was the worst day in my life,” Abby said later, adding that the robbers stole her kitty bank, iPod, Xbox, and Wii.

The babysitter called police and described one of the robbers to them. Her description sounded remarkably similar to next-door neighbor Cody Oaks, and police handcuffed him and took him away for questioning.

But little Abby knew something wasn’t right. She had seen the robbers, and she knew her babysitter’s description wasn’t accurate.

She told police the robbers had light skin, not dark as the babysitter had said.

When police confronted the sitter she cracked and told them she had lied. She then confessed that she had been in on the robbery and the two young men who had broken in were her accomplices.

“Literally in 30 seconds, she changed everything that had been going on for five, six hours,” Abby’s mother said.

The teens were charged with robbery, burglary, and perjury.

Cody is extremely glad that he was exonerated, but hopes the babysitter realizes the gravity of what she did.

“It’s kind of sad because I don’t think she realizes the dangerous situation she put me in,” he said.

All of the stolen items were eventually returned, all thanks to Abby.

“They got it back because of me being the superhero,” the precocious tot said.

Were you amazed by how 4-year-old Abby was able to save the day? So share this!