Baby Born In Bathroom Isn’t Breathing, Then Officer Rushes In And Saves Her Life 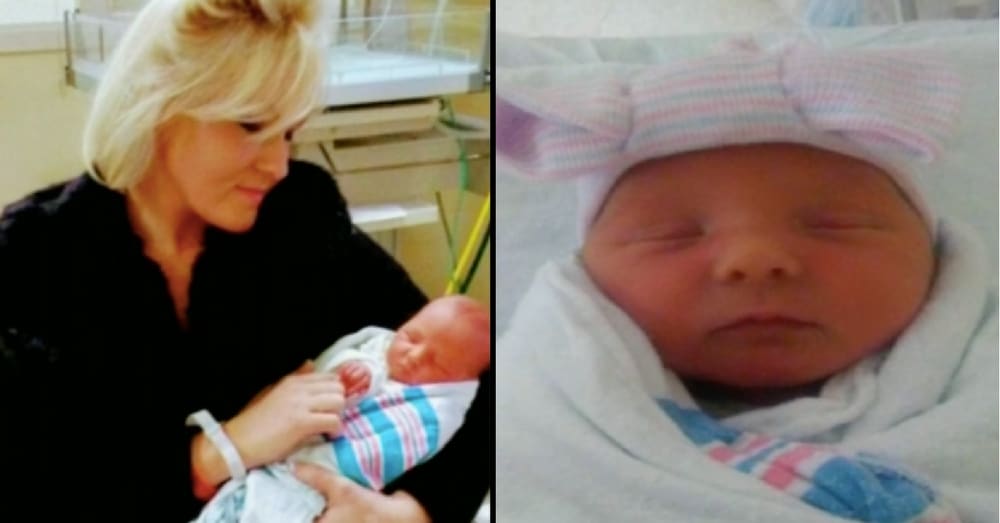 This definitely wasn’t the way they thought the birth of their daughter would go!

911 dispatch received a call that a woman had gone into labor in her bathroom. While they were on the phone the baby girl was born on the bathroom floor.

At first dispatch started giving them instructions on how to care for the newborn, but quickly it became clear that something wasn’t right with the baby.

“C’mon baby. C’mon baby,” the baby’s mother could be heard pleading in the background. The baby wasn’t breathing.

The dispatcher remained on the line and tried to give the new parents instructions on how to revive their baby, but nothing was working.

Thankfully, that was when two police officers showed up.

Officers Steven Golub and Devin Humphreys of the Northport Village Police Department in New York responded to the new parents’ frantic call and arrived just in time. When they walked in they saw the baby in her mother’s arms with her umbilical cord still attached, but she was dark blue and unconscious.

“I saw the mom sitting on the floor of the bathroom and she was holding the baby,” Golub said. “I immediately knew the baby was turning blue, and I knew the baby needed to start breathing.”

Officer Humphreys took the baby and realized all of her airways were completely obstructed. She quickly called over her shoulder, “Get me a turkey baster, anything with suction.”

The officers found an eyedropper and used that to remove fluid from the baby’s nose, mouth, and throat. Suddenly, the baby did something that let them know everything was going to be ok.

“When I was clearing out her mouth, she bit me on the finger,” Humphreys said. “She started to make little cries as I was going, so I knew it was working. So, I kept going until EMS got there.”

Soon after the fire department rescue squad arrived and administered medical care to the little girl. Both mom and daughter were transported to the hospital and are expected to make a full recovery.

They family will be forever grateful to the quick-thinking officers and their actions that saved their baby’s life.

“When you’re dealing with children, especially a newborn infant, the emotions can get the best of you,” Northport Village Police Department Chief Bill Ricca said. “Even though the most seasoned officer can turn around and hesitate, these two officers just jumped right in and did what they had to do.”

Were you glad to see these officers jump in and save this baby’s life? So share this!